At Turkey’s frontier with Europe, everyone wants to be Syrian 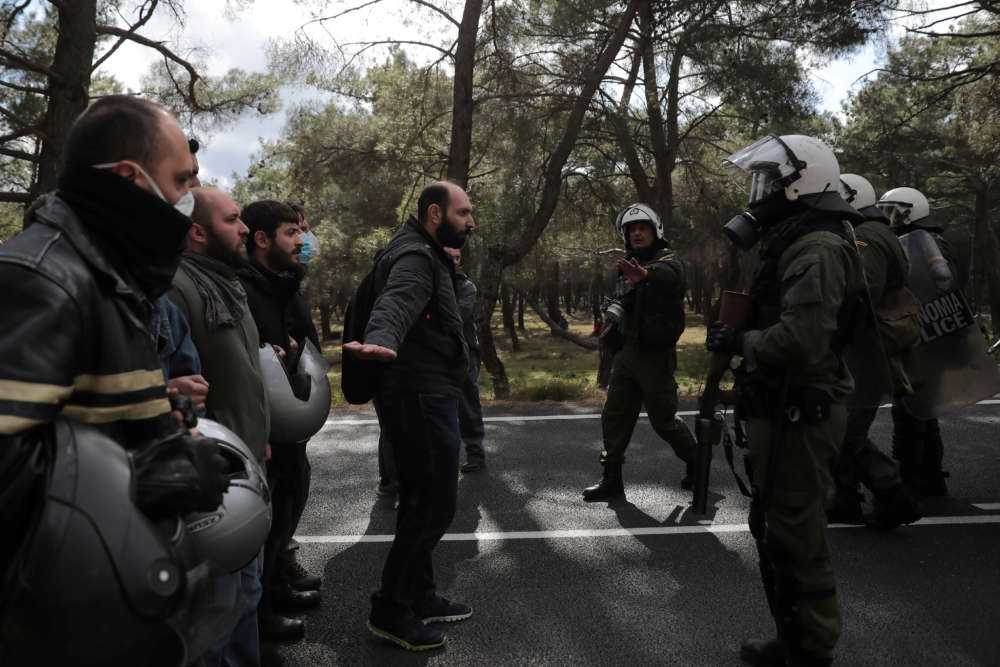 Syrians camped on Turkey‘s border with Greece believe their hopes of finding sanctuary in the European Union are being undermined by the thousands of other migrants at the frontier who have relatively safe homelands.

Vastly outnumbered by Afghans and Pakistanis at the border, Syrians who have fled their country’s protracted civil war say most of their fellow migrants are jumping on the bandwagon for economic reasons, and then pretending to be Syrian refugees.

“It makes me angry when I meet people from Morocco, Pakistan and even Afghanistan,” said 20-year-old Yehya Rais from Aleppo, the scene of some of the heaviest fighting during the war.

“If only two to three thousand Syrians were here, maybe Greece would open the border. They know we are genuine refugees,” Rais said.

Thousands of migrants have been trying to get into Greece since Turkey said on Feb. 28 it would no longer try to keep them on its territory, as it had agreed to do with Brussels in 2016 in return for billions of euros in aid.

Turkey said it could no longer contain the hundreds of thousands of migrants it hosts, especially with the likelihood of more refugees fleeing intense fighting in northwestern Syria, but Greece is trying to keep the migrants out.

Rais’s animosity towards his fellow migrants is shared by his friend Labib Morghi.

“There is no war in Morocco, no war in Algeria and no war in Pakistan,” said 16-year-old Morghi. “Even in Afghanistan the situation is better than in Syria. We had to leave because our government wants to either kill us or displace us.”

Rais and Morghi had left the border camp to charge their phones and breakfast at a shoddy cafe in the village of Karaagac, where old men were playing cards.

At a kiosk next door, North African migrants said they had come to the border without identification documents so they could claim to be Syrians and boost their chances of asylum – should they make it into the European Union.

“Our leaders are corrupt so we have no chance of a decent living,” said Moroccan Bader Abbasi. “If inshallah I make it to Europe I’ll say I’m from Syria otherwise they’ll send me back.”

Turkish interior minister Suleyman Soylu said on Wednesday that only 20%-25% of the 136,000 migrants who have made it to Europe since it stopped holding them back were Syrian.

Besides their desire for a better future, migrants such as Abbasi have another good reason to pretend to be Syrians.

In Germany, the favoured destination in Europe among migrants along with Sweden, almost all Syrians are given some form of protection and are allowed to stay. But more than 20% of Afghan asylum seekers are rejected.

“Everyone here wants a better future,” said Morghi, who is from the northern Syrian city of Idlib.

“But people who have a country to go back to have a luxury we can only dream of. Syria is finished.” (Reuters)