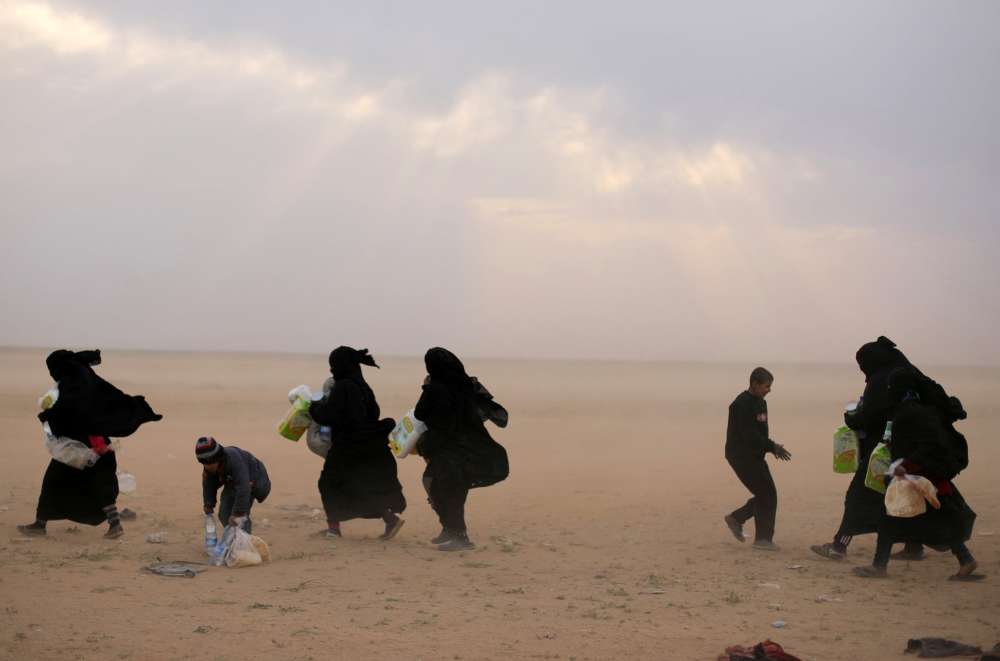 At least 84 people, two-thirds of them young children, have died since December on their way to al-Hol camp in northeastern Syria after fleeing Islamic State in the Deir al-Zor region, the United Nations said on Friday.

The U.S.-backed Syrian Democratic Forces (SDF) has been poised for several weeks to wipe out the last vestige of Islamic State’s territorial rule at the besieged village of Baghouz near the Iraqi border, but the operation has been held up by efforts to evacuate thousands of civilians.

The United Nations is “gravely concerned” about the plight of thousands of civilians fleeing the last ISIL-held areas of Baghouz in rural Deir al-Zor province after intense fighting, Jens Laerke, spokesman of the U.N. Office for the Coordination of Humanitarian Affairs (OCHA), told a news briefing.

“Many of them have arrived exhausted, hungry and sick,” he said, adding that nine out of 10 were women and children.

“It’s a very long, a very tiring journey to this camp, so far have reports of more than 84 deaths on that road, on that stretch of territory. Two-thirds of those who have died are children under five years of age,” Laerke said.

Some 175 children have been hospitalised due to severe acute malnutrition, a life-threatening form of the disease, he said, citing reports from U.N. agencies and aid groups on the ground.

By Andreas Nicolaides
Previous articleWhere can you have a business lunch in Cyprus?
Next articleWhat is the cost of maintaining the British Bases in Cyprus?

Britain and Japan formally signed a trade agreement on Friday, marking the UK's first big post-Brexit deal on trade, as it continues to struggle to...
Read more
Local

Early dissolution of parliament proposal to be debated before plenum

The House plenum on Friday will debate a proposal by the Green party and independent MP Anna Theologou for the early dissolution of the...
Read more
Photos

Pistachio, a puppy who was born with green fur, is seen on the day he was born on a farm on the island of...
Read more
Local

Masks in Cyprus are mandatory in all outdoor public spaces - in addition to indoors - for all over the age of 12 as...
Read more
Local

Cyprus has remained in the UK Government’s “green” Travel Corridors list despite a rise in coronavirus cases on the island. This means that travellers from...
Read more

Britain and Japan formally signed a trade agreement on Friday, marking the UK's first big post-Brexit deal on trade, as it continues to struggle to...
Read more
World

Turkey's lira was barely moving on Thursday ahead of an expected interest rate increase by the central bank, according to Reuters. The Turkish central bank...
Read more