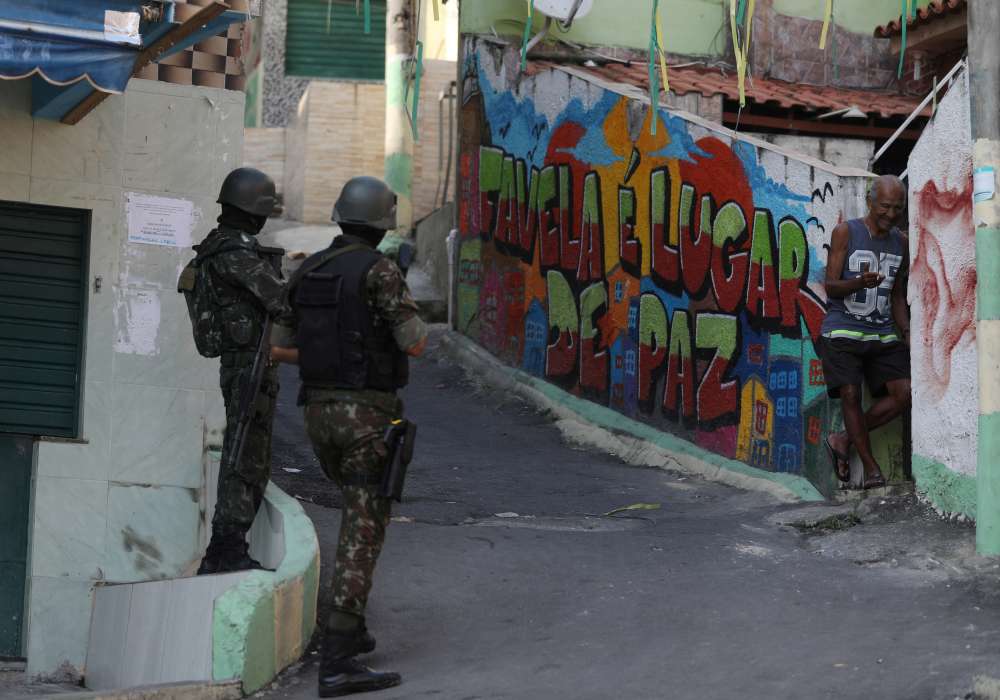 At least eight people died when police raided a drug-scarred Rio de Janeiro neighborhood on Monday, amid a sharp jump in police killing of suspected criminals in the state that underlines the tough new security measures favored by far-right President Jair Bolsonaro.

The raid began around 11 a.m., according to local media reports, and triggered a massive shootout between police and suspected gangsters. TV images showed a police helicopter hovering overhead as the gun battle emptied out local schools, with pupils fleeing through the streets.

“There was resistance from the criminals and eight suspected traffickers were shot and killed in the confrontation,” the statement said. “Three others were taken to the police station, including one of 3N’s personal security guards and 3N’s wife.”

The number of people in Rio state killed by police hit a quarterly record of 434 during the first three months of 2019, up 18 percent compared with the same period last year. The first-quarter tally was the highest since state records began in 1998, and comes as the number of statewide murders has fallen.

Rio Governor Wilson Witzel, who took office on Jan. 1, has urged police to take no prisoners in the battle against drug gangs and even suggested during the campaign using helicopters with snipers to take out gang bosses.

Over the weekend, Witzel tweeted a video of himself onboard a police helicopter during a police raid on gangs in the city of Angra dos Reis, south of Rio.

Witzel’s views echo those of Bolsonaro, a former army captain and federal lawmaker who represented Rio state for nearly 30 years. Bolsonaro has long advocated tough measures to kneecap violent gangs and quickly moved to loosen gun laws after he took office at the start of the year. Nonetheless, his flagship crime-fighting bill languishes in Congress.

Violence in Brazil continued its downward march during Bolsonaro’s first three months in office. The number of homicides in Brazil, which hit a world record in 2017, fell more than 27 percent compared with the first quarter of 2018, according to preliminary state data compiled by Reuters.

The fall in murders is attributed to the growing nationwide dominance of the First Capital Command gang, better state policing methods and the deployment of federal security agents to some of the country’s most violent states.