At least 53 killed in Syria bombardment 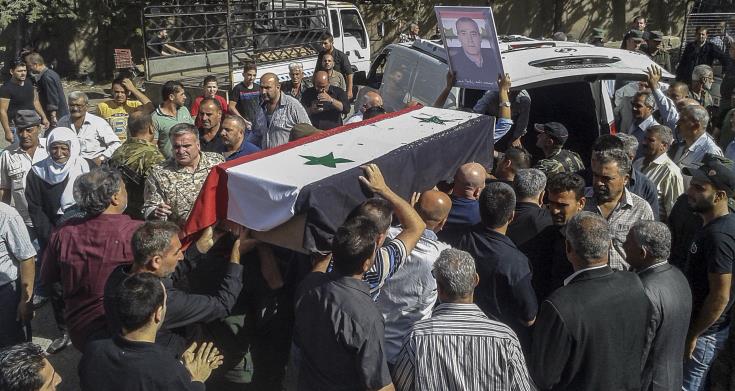 At least 53 civilians including 28 children, have been killed in fierce bombardment on Friday, August 11, that targeted rebel-held areas of northern Syria, according to sources.

The air strikes and barrel bombs targeted the key opposition-held province of Idlib and a rebel town in the province of Aleppo, said the Britain-based Syrian Observatory for Human Rights. Late Friday the Observatory had given a combined toll of around 30 dead.

“The toll rose after the discovery of new victims under the rubble and the death of some of those who had been wounded,” Observatory director Rami Abdel Rahman.

The Observatory said it was not clear if the Syrian regime or its Russian backers were responsible for the bombardment of Aleppo, but blamed the allies for pounding Idlib.

Abdel Rahman said Friday’s bombardment was the most intense, adding that the death toll in rebel-held areas of Aleppo was the highest since the beginning of 2018.