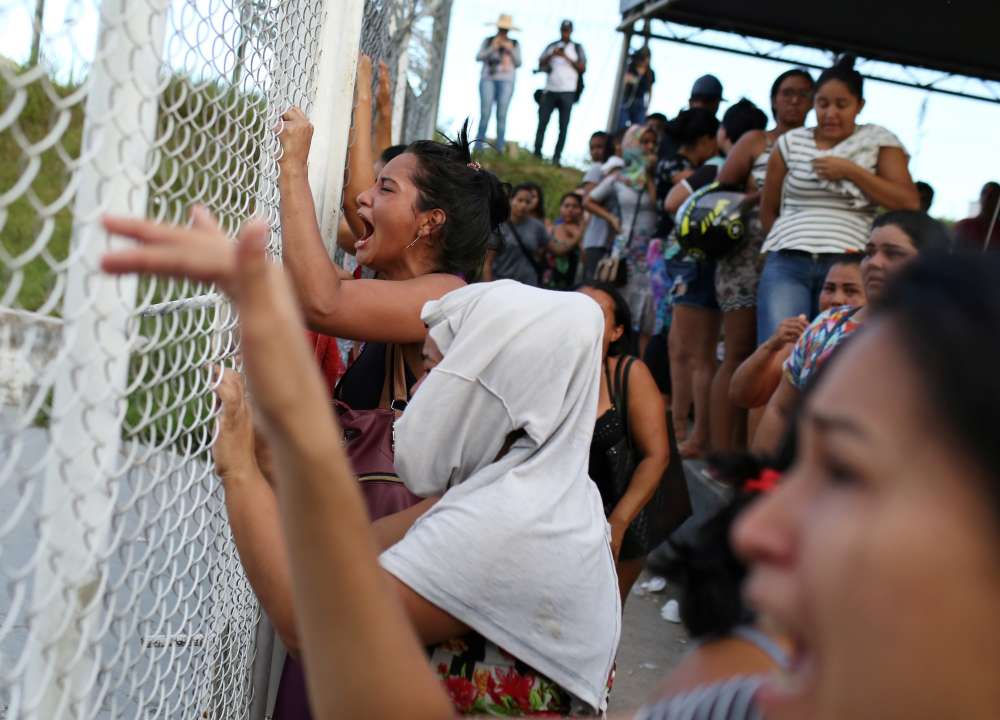 At least 40 prisoners in Brazil were found strangled to death on Monday in four jails in the Amazon jungle city of Manaus, where a fight between rival prison gangs resulted in 15 dead the day before, authorities said.

A federal task force is being sent to Manaus in an effort to halt the violence. Prison clashes often spread rapidly in Brazil, where drug gangs have de facto control over nearly all jails.

In January 2017, nearly 150 prisoners died during three weeks of violence in north and northeastern Brazil, as local gangs backed by Brazil‘s two largest drug factions – the First Capital Command and the Red Command – butchered one another.

A statement from the Amazonas state penitentiary department revised to 40 from an earlier 42 the number of deaths that took place on Monday and said authorities had regained control of the four prisons. No other details were provided.

At least 15 inmates were killed at a jail in Manaus on Sunday, with authorities saying those who died were choked and stabbed to death.

Brazil‘s far-right President Jair Bolsonaro has vowed to regain control of the country’s prisons – along with building many more jails.

But the vast majority of jails are administered at the state level. For decades they have been badly overcrowded and out of control of local authorities, essentially serving as recruiting centers for drug gangs.