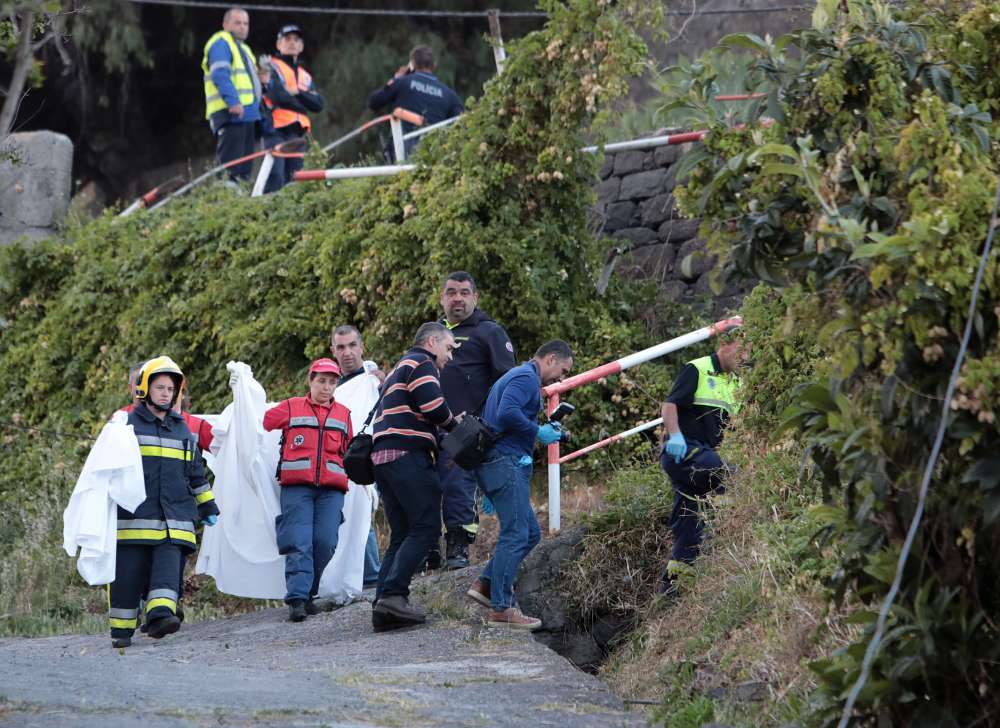 At least 29 people, most of them German tourists, were killed and 27 others injured on Wednesday when their bus veered off a steep narrow road on the Portuguese island of Madeira, authorities said.

The white tourist bus — which was carrying 55 passengers and a tour guide in addition to the driver — overturned in a residential area in the coastal town of Canico at around 6:30 p.m. (1730 GMT), its mayor, Filipe Sousa, told reporters.

TV images showed the vehicle on its side on a bank next to a small road and surrounded by rescuers.

The driver reportedly lost control of the bus on a sloping road and the vehicle plunged down, overturning next to a house, according Portuguese news agency Lusa.

He said the tourists on the bus were all German but some pedestrians might have been hit by the bus.

Germany’s Bild daily reported that many of the tourists were retirees, and those killed included 18 women and 11 men.

The German foreign ministry had set up a hotline and embassy staff were in close touch with local officials about the accident, a spokeswoman said.

Other members of the same group of German tourists were travelling on another bus, which was not involved in the accident, a regional civil protection spokesman told a news conference.

Those injured were taken to a hospital in Funchal, the capital city of Madeira.

From the 28 injured initially taken to the hospital, one German tourist did not survive the injuries, bringing the death toll to 29, a hospital spokesman told a news conference on Wednesday evening.

Three of the injured underwent surgery, 23 were under observation and two were discharged. There were no children among the victims, the hospital confirmed, adding that two of the injured are from Portugal while the others are foreign nationals.

Portuguese President Marcelo Rebelo de Sousa told SIC TV that some of the victims were from Madeira but most were German.

A regional civil protection official said the tourists involved in the accident were aged between 40 and 50 years old.

Madeira is a popular tourist destination. The peak season is during the summer but it also gets many visitors around Easter.

“It was with deep regret that I learned about the tragic accident in Madeira,” Costa said on Twitter. “To all families involved I send the deepest condolences.”

The spokesman for the German government Steffen Seibert also expressed his condolences on Twitter. “Our deep sorrow goes out to all those who lost their lives in the bus, our thoughts are with the injured,” he said in a tweet.

Three days of mourning have been declared by Madeira’s regional government.

By In Cyprus
Previous article46 irregular migrants picked up at Akaki, one arrest for people smuggling
Next articleFirst negative signs for Cyprus tourism