At least 161 dead in northeast Congo in apparent ethnic clashes 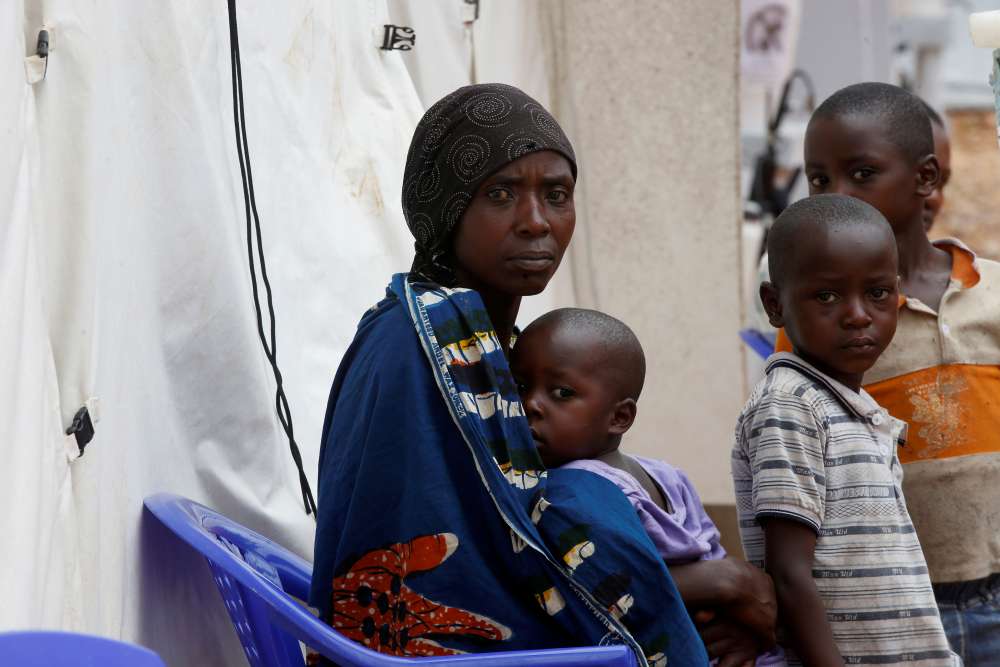 At least 161 people have been killed in a northeastern province of Democratic Republic of Congo in the past week, local officials said on Monday, in an apparent resurgence of ethnic clashes between farming and herding communities.

A series of attacks in Ituri province has mostly targeted Hema herders, who have long been in conflict with Lendu farmers over grazing rights and political representation, although the exact identity of the assailants remains murky.

Open conflict between Hema and Lendu from 1999-2007 resulted in an estimated 50,000 deaths in one of the bloodiest chapters of a civil war in eastern Congo that left millions dead from conflict, hunger and disease.

Tit-for-tat attacks between the two groups in late 2017 and early 2018 killed hundreds of people and forced tens of thousands more to flee their homes, but a tenuous calm had taken hold until this month.

“Members of the Lendu community believed that these assassinations were the work of the Hema,” Kakoraki said. “This is why they launched several attacks on Hema villages.”

“Sources affirm that 161 bodies have been found so far. But the death toll goes beyond the bodies recovered, as there were other massacres of civilians and police officers,” he said.

Jean Bosco Lalo, president of civil society organisations in Ituri, said 200 bodies had been found since last week in predominantly Hema villages, including the 161 mentioned by Kakoraki. Lalo said the toll would rise once his teams gained access to other villages where killings had been reported.

Ituri Governor Jean Bamanisa said provincial authorities were still working to establish the exact death toll and declined to say who was responsible.

He said the assailants’ tactics were to “empty out the villages, burn them and pursue those who had fled to the surrounding areas with bladed weapons”.

Congo President Felix Tshisekedi, who took office in January, is trying to restore stability to the country’s eastern borderlands, a tinderbox of conflict among armed groups over ethnicity, natural resources and political power.

Several rebel leaders have surrendered or been captured during his first months in office, but armed violence has persisted, particularly in North Kivu province, south of Ituri, which is the epicentre of a 10-month Ebola outbreak.

The Health Ministry on Friday issued a revised list of countries regarding their epidemiological risk as regards coronavirus for travel purposes, moving Israel from...
Read more
Local

No new coronavirus cases were reported in Cyprus on Friday after 1538 tests, which means the total number remains at 999 for the second...
Read more
Local

The Department of Meteorology issued on Friday another yellow alert for extremely high temperatures on Saturday. The alert is in force from 11 am until...
Read more
Local

Limassol Mayor Nicos Nicolaides said on Friday that the municipal council has decided to cancel the city's wine festival for 2020 due to Coronavirus,...
Read more
World

The European Commission said on Friday it had given conditional approval for the use of antiviral remdesivir in severe COVID-19 patients following an accelerated review process,...
Read more

The European Commission said on Friday it had given conditional approval for the use of antiviral remdesivir in severe COVID-19 patients following an accelerated review process,...
Read more
World

Greece's economy performed better than others in the eurozone in the first quarter but the hit from coronavirus restrictions in the second and third...
Read more
World

England's coronavirus quarantine rules for more than 50 countries including Germany, France, Spain and Italy is to end, the British government said on Friday,...
Read more