At least 16 die during Ashura rituals in Iraq’s Kerbala 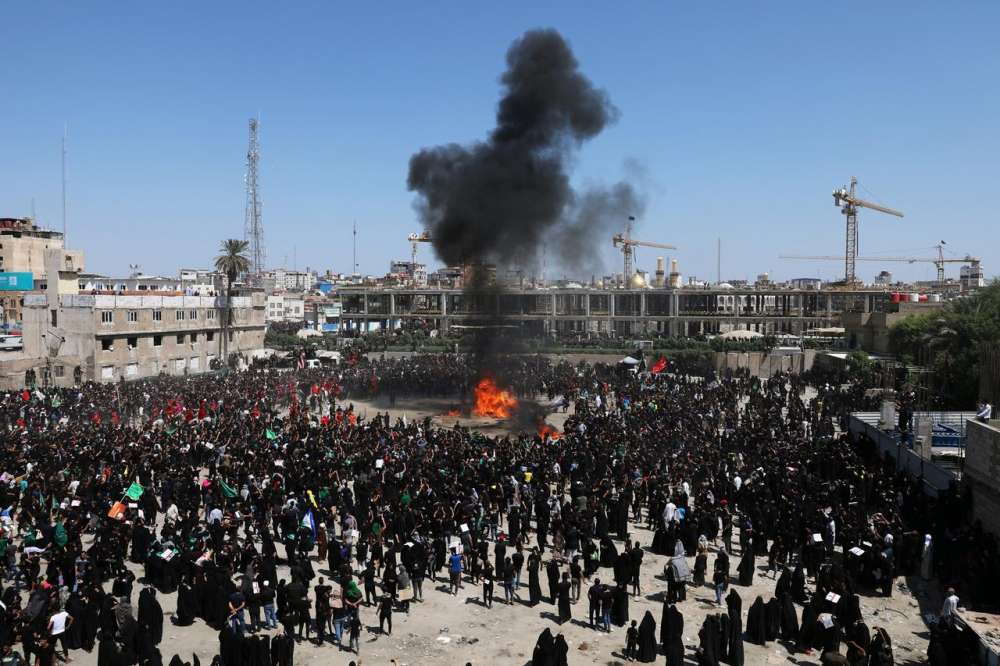 At least 16 people died and another 75 were wounded on Tuesday during the Shi’ite Muslim religious rituals of Ashura in the Iraqi city of Kerbala, a Health Ministry spokesman said, offering no details as to how they died.

Ashura is the 10th day of the lunar month of Muharram when according to Islamic tradition the Prophet Mohammed’s grandson Imam Hussein was killed in battle in 680.

The rituals typically draw large crowds who gather at the shrine of Imam Hussein to commemorate his slaying. The rituals involve self-flagellation and stampedes have occurred in the past.