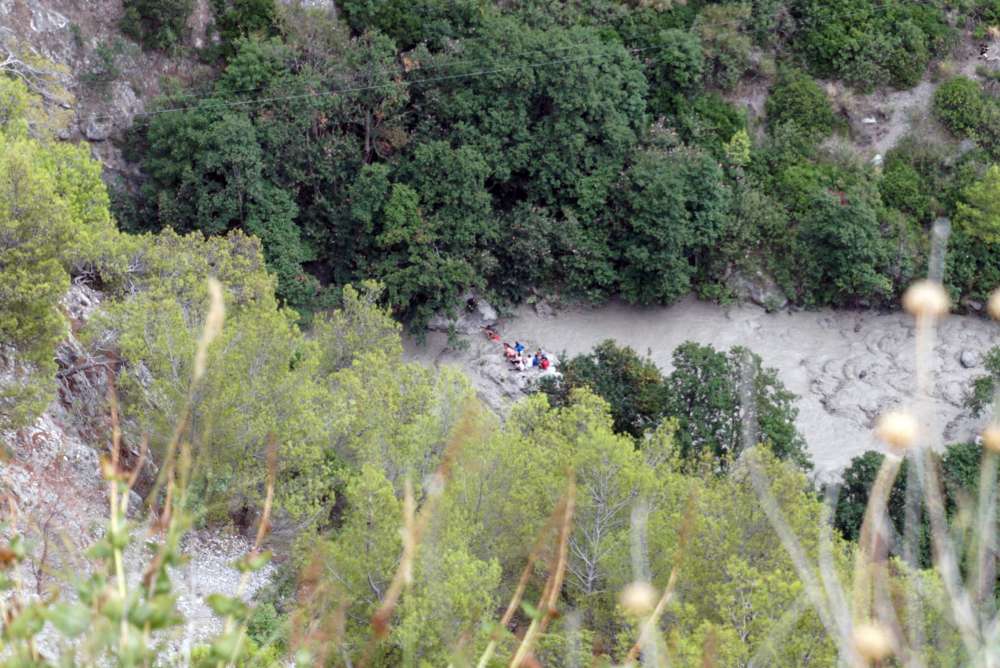 At least 11 people were killed in southern Italy on Monday when they were washed away over rocks by a raging white-water creek in a deep mountain gorge that swelled suddenly after heavy rain upstream, officials said.

The civil protection department said 23 people were rescued and about a dozen others were hospitalised after surviving the flash rush of water in the narrow gorge in the Calabria region. The 11th victim died in hospital.

At least five people were missing but the total could be more because not all had entered the gorge with official guides and registered. Rescue squads worked through the night with spotlights, and helicopters took off a first light to survey the area.

The nationalities of the dead and injured were not immediately known. Six of the victims were women and five were men. Most tourists and trekkers who visit the area, in the country’s deep south, are Italian.

In some places the Raganello creek, part of the Pollino National Park, is at the bottom of a narrow, one-kilometre(0.8-mile)-deep gorge in the mountain. Rescue teams used ropes to descend the sides of the mountain to reach the site.

“This gorge filled up with water in a really short space of time and these people were catapulted out like bullets. They ended up some three kilometres (two miles) down the valley,” said Carlo Tansi, head of the civil protection department in Calabria.

Tansi said the gorge was only about four metres (13 ft) wide in some places, increasing the speed of the water and making the rescue more difficult.

“It is really difficult terrain, filled with obstacles because of the (geological) formation of the area,” said Eugenio Facciolla, the chief prosecutor of the provincial capital, Cosenza.

He said rescuers working under spotlights were trying to locate areas where some people may have survived by ending up on small patches of shore or tiny islands in the creek.

Helmeted mountain rescue squads rushed from the nearest town of Civita to reach the gorge, a popular tourist attraction in summer.

The most seriously injured were taken by helicopter to hospitals in Cosenza and Castrovillari.