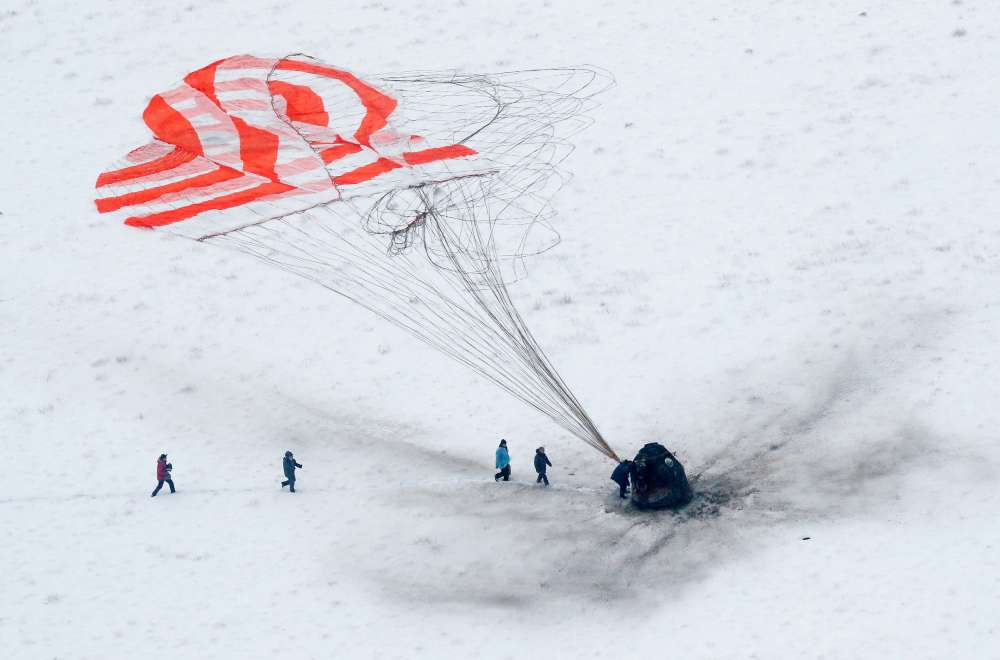 It was the first return from the space station since October, when U.S. astronaut Nick Hague and Russian cosmonaut Alexey Ovchinin landed unharmed on the Kazakh steppe after their rocket bound for the station failed two minutes after liftoff.

Auñón-Chancellor had been in space for 197 days and contributed to hundreds of scientific experiments aboard the orbiting space station.

NASA has relied on Russian rockets to ferry astronauts to the space station since the United States retired its Space Shuttle programme in 2011, though the agency has announced plans for test flights carrying two astronauts on commercial rockets made by Boeing and SpaceX next April.

The crew were reported to be in good condition and Auñón-Chancellor is expected to return home to Houston following medical checks, NASA said.

The October accident was the first serious launch problem experienced by a crewed Soyuz space mission since 1983, when a crew narrowly escaped before a launchpad explosion.