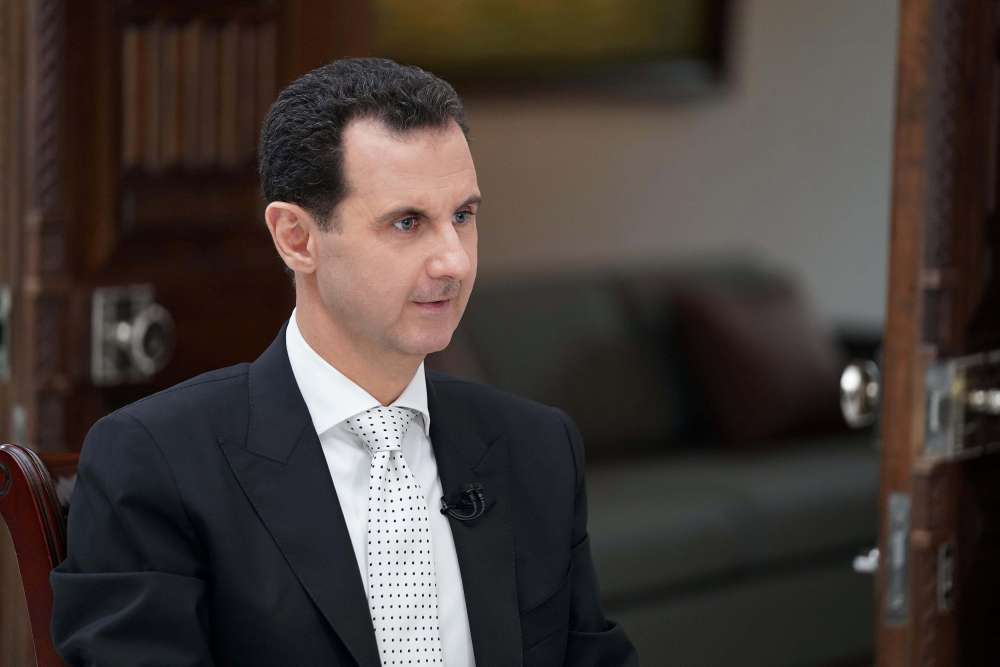 Russia has helped Assad’s forces to take back most of the country but the eight-year-long war continues. Swathes of the northeast and northwest are out of his control, while sanctions and a fuel shortage are constricting the economy.

Moscow has pushed for a political process involving talks on a new constitution and elections as a way to end the conflict, but Assad has played down the possibility that the Turkey-backed opposition or foreign countries might participate.

However, while it said they had discussed the formation of a constitutional committee, which Syria’s opposition last year agreed to join under U.N. auspices after a Russian-hosted peace conference, Syrian state media did not mention it.

Syria’s official SANA news agency said meetings had focused on the next round of talks in Kazakhstan involving Syria, its allies Russia and Iran, and the rebels’ backer Turkey.

Hundreds of thousands of people have been killed in Syria’s war and about half the pre-conflict population of 22 million has been displaced.

Russia launched a military intervention to support Assad in 2015, turning the tide of the fighting in his favour.

CONTRACT “WITHIN A WEEK”

TASS news agency cited Borisov as saying that a contract on renting Tartus port by Russia was expected to be signed soon.

In 2017, the Russian parliament ratified a deal with Damascus to cement Russia’s foothold in the country and pave the way for establishing a permanent military presence at naval and air bases in Syria.

It was also agreed that Russia would expand and modernize the port’s supply of facilities for its fleet.

Borisov said Russia now hoped to sign the deal to rent the port within a week, according to TASS.

“We have advanced quite substantially on this issue and hope that the contract will be signed within a week and the port Tartus will be transferred for the Russian business usage,” he was quoted as saying. The Tartus naval facility is Russia’s only naval foothold in the Mediterranean.

SANA news agency said Assad and Borisov discussed mechanisms to overcome obstacles including those “resulting from the sanctions which countries against the Syrian people imposed on Syria”.

The United States and European Union imposed tough sanctions on Syria early in the conflict over what they described as atrocities carried out by the government, which it denies.

This week, Syrian state media reported that a fuel shortage which has resulted in rationing and long queues at petrol stations came in the context of difficulty in importing fuel and the halting of a credit line from Iran.