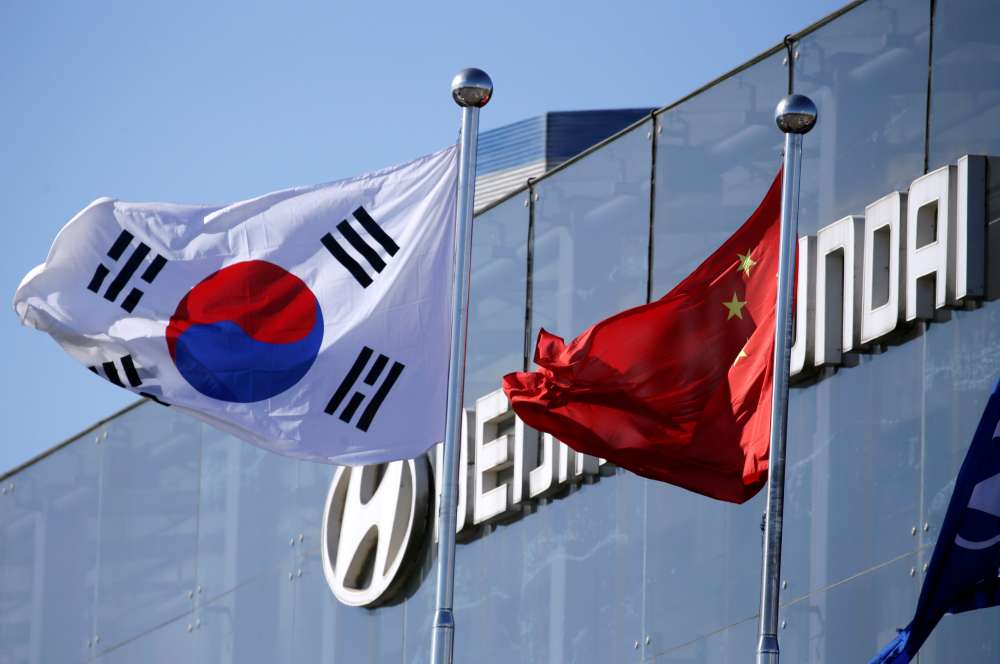 Asian stocks fell on Friday, retreating from four-month highs after data out of China raised concerns over deflationary pressures building in the world’s second biggest economy.

The bearish impulse appeared likely to be passed on to European stocks, with spreadbetters expecting Britain’s FTSE to open 0.1 percent lower, Germany’s DAX 0.3 percent down and France’s CAC 0.2 percent down.

Data released on Friday showed China’s factory-gate inflation slowed for a seventh straight month in January to its weakest pace since September 2016 amid cooling domestic demand.

The broader equity markets had already been under pressure after Thursday’s weak U.S. retail sales figures triggered fresh doubts about the strength of the world’s largest economy.

That offsetting some cautious optimism over trade talks in Beijing between the United States and China.

Aside from the data, immediate focus was on a meeting on Friday between the Trump administration’s top two negotiators and Chinese President Xi Jinping in Beijing.

There has been no decision to extend a March 1 deadline for a deal that could forestall a further increase in U.S. tariffs on some imports from China, White House economic adviser Larry Kudlow said on Thursday.

MSCI’s broadest index of Asia-Pacific shares outside Japan , which had scaled a four-month high midweek on factors including expectations for reduced U.S.-China trade tensions, was down 1 percent.

“With factory-gate deflation likely to deepen in the coming months, we expect policymakers to roll out further measures to ease financial pressure on industrial firms, including cuts to benchmark lending rates,” said Julian Evans-Pritchard, senior China economist at Capital Economics.

In the United States, the S&P 500 lost about 0.3 percent on Thursday, a day after it hit a 10-week high on rising hopes that Washington and Beijing could reach a trade deal.

U.S. retail sales tumbled 1.2 percent in December, recording their biggest drop since September 2009 as receipts fell across the board.

The shockingly weak report led to economic growth estimates for the fourth-quarter being cut to below a 2.0 percent annualised rate, with the Atlanta Fed forecasting a 1.5 percent growth, much below its previous forecast of 2.7 percent about a week ago.

U.S. Federal Reserve Governor Lael Brainard said the central bank should stop paring its balance sheet by the end of this year.

The U.S. central bank built a 4 trillion dollar balance sheet over years of bond purchases aimed at lowering longer-term borrowing costs to stimulate the economy when near-zero rates were not delivering enough of a boost.

The 10-year U.S. Treasuries yield fell to 2.655 percent , wiping out most of their rise this week.

In the currency market, the weak U.S. data dented the dollar.

The dollar’s weakness saved the euro from testing its 2018 low of $1.1216. The common currency stood at $1.1285 after having fallen to $1.1248 on Thursday following economic data showing Germany’s economy stalled in the fourth quarter.

The British pound traded a shade lower at $1.2797 following a descent to a near one-month low of $1.2773 overnight after Prime Minister Theresa May lost a symbolic Brexit vote in parliament, weakening her hand as she seeks to renegotiate her withdrawal agreement with Brussels.

Brent crude futures stretched an overnight rally rose to as high as $65.10 per barrel, their highest level in nearly three months. The contracts have gained nearly 5 percent this week.

Oil exports from Venezuela and Iran have been the target of U.S. sanctions.