Ashia’s Panayia church to be restored after flooding 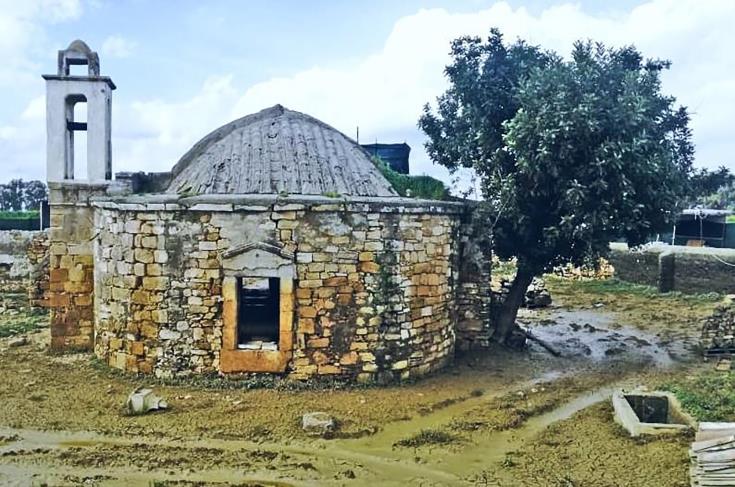 Work to restore Panayia church in Turkish-occupied Ashia will be completed in the second half of 2019, Takis Hadjidemetriou, the Greek Cypriot Head of the Technical Committee on Cultural Heritage has told the Cyprus News Agency.

The church was recently inundated after floods covered half the building under water. According to Hadjidemetriou, the Technical Committee will seek international expertise, to avoid a recurrence in the future.

Restoration works are also underway in the Ayios Sergios and Vakchos church and the church of Ayios Artemonas. The Technical Committee also plans to intervene in parts of the old Nicosia walls, in the occupied part of the Cypriot capital, by the end of winter.

Members of the bicommunal Technical Committee and UNDP visited on Wednesday the church of Panayia, together with Greek Cypriot refugees from the region. Speaking to CNA, Hadjidemetriou said that the visit is part of the Committee’s programmr to inform refugees from Ashia on progress.

This visit is “part of our programme, since we are not only repairing churches, but we also open the monuments to the people,” Hadjidemetriou said. He added that a similar visit was recently organised in the Ayios Sergios and Vakchos church, in the Turkish-occupied village of Ayios Sergios, in Famagusta, also informing Turkish Cypriot residents on the ongoing project.

Despite drainage measures, the Panayia Church recently flooded after heavy rainfall. Hadjidemetriou said that conservation works have started and are expected to be completed in the second half of 2019. The Committee will also seek international expertise on what to do in similar cases in the future, he added.

The Greek Cypriot Head said moreover that the Technical Committee has launched tenders for conservation works in Ayios Sergios church, in cooperation with UNDP and with EU funding. Works are about to start in Ayios Artemonas church, in Afania, while the restored St. Anna church, in Famagusta, will be handed over in March, he concluded.

By In Cyprus
Previous articleResearch and innovation can boost the economy, President says
Next articleTrump: assured by Rosenstein he’s not a target of Mueller probe -NYT