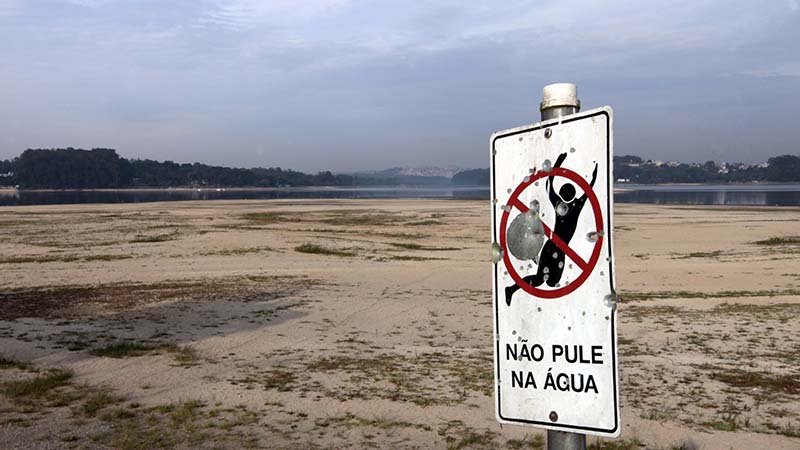 By Karla Mendes and Gregory Scruggs

Last month, a torrent of water knocked down a wall in Rita de Cassia Goncalves da Silva’s house in the Horto favela behind Rio de Janeiro’s botanical garden, at the foot of the Tijuca rainforest.

“It looked like a horror movie,” the tearful financial assistant told the Thomson Reuters Foundation.

During a similar flood in 1988, “we managed to recover something and clean the house,” the 54-year-old said, pointing out a watermark 1.8 meters (6 feet) high inside her empty house streaked with mud.

But “this time we almost died and we lost everything,” she said.

Rio is no stranger to intense rainstorms that drench the tropical city’s steep topography and occasionally provoke deadly landslides, predominantly in the low-income hillside slums.

Then, overnight on April 8 and 9 this year, Rio received three times as much rain as it normally does in a month, according to the city.

The rain, the heaviest in 22 years, flooded streets, trapped residents in cars and caused landslides and building collapses in neighbourhoods rich and poor, with the highest death toll in favela communities.

At least 25 deaths have been attributed to the storm and its aftermath.

City authorities say that since 2017 they have invested more than $175 million in improvements that include more hill protection, drainage and canal projects and other efforts to curb flooding.

But engineers say bigger and more proactive investments into drainage and hill stabilization – changes sketched out after the 2010 floods – could have stemmed this month’s losses.

“The technical knowledge among engineers, researchers and the very communities affected by heavy rain is sufficient to address this problem, even as it worsens with global climate change,” said civil engineer Mauricio Campos, who has evaluated landslide risk in 10 Rio favelas.

“It is not for a lack of knowledge and technology, but rather a lack of investment,” he told the Thomson Reuters Foundation. “It’s a political problem, not an engineering problem.”

The 2010 floods prompted Geo-Rio, the city’s geo-technical institute, to map residential areas considered at high risk of future landslides and draft a plan for infrastructure improvements to try to prevent them.

The risk reduction plan pegged the total cost of making the changes at 450 million reais ($114 million).

But Rio has not yet delivered on the full slate of the plan’s investments, Campos said, even as the city spent heavily on infrastructure in the run-up to the 2016 Olympics.

Expanding an elevated highway and tunnel through the mountains dividing Rio’s southern zone from the upmarket suburb where the Olympic village was located cost 489 million reais – roughly the same as the full disaster reduction plan, he said.

“Where there is public intervention to apply this preventive knowledge, principally around drainage, it works and places become protected,” Campos said, pointing to work done since the 1970s to stabilize steep slopes in the city.

“In 2010, there were no landslides or serious problems in any of the community risk points that had received preventive works” in the past, he said.

Maria de Fatima Tardin Costa, an urban planner who worked on Rio’s 1990 master plan, said the city’s planning to combat disasters from extreme weather remained piecemeal “for a lack of prioritizing this investment”.

Asked for comment, Geo-Rio did not respond, but a city spokeswoman said the administration of Mayor Marcelo Crivella had since 2017 invested 700 million reais in environmental projects aimed in part at cutting disaster risk.

“The city is notorious for its overall lack of preparation for extreme rain events,” she told the Thomson Reuters Foundation.

In addition to making inadequate investments in drainage and hill stabilisation, Netto said, the city has also failed to regulate problematic real estate development, especially in western areas of the city controlled by paramilitary groups.

“Is there a solution for Rio? Difficult, but yes,” she said.

“We need to turn our public policies 180 degrees and work toward more awareness and public participation in decision making processes.”

Meanwhile, flooded Cariocas are picking up the pieces of their waterlogged lives.

He told the Thomson Reuters Foundation that the storm’s impact was aggravated by nearby construction projects that had caused silt to build up, as well as improper debris disposal from a road works project that caused a river to rise higher than normal.

“In fact, there are several guilty: people who do not respect the riparian forest (and) the government that should do the maintenance of rivers, dredging, desilting and inspection of waters,” he said.

“As the government didn’t do it, anything can happen,” he said. “We pay taxes to live in a city that should work.”

By In Cyprus
Previous articleSpecial polling stations For Turkish Cypriot voters for EU elections
Next articleChina says ‘fed up’ with hearing U.S. complaints on Belt and Road