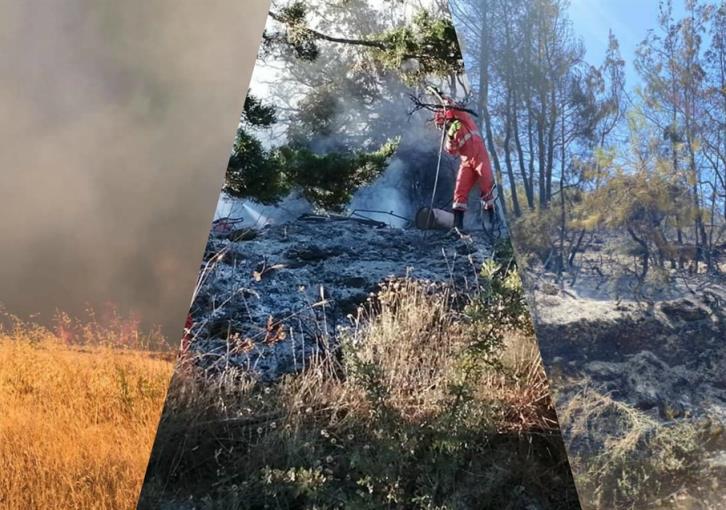 A massive blaze on a 20 kilometre front raging for most of the day yesterday and up to early this morning on the boundaries of the Paphos and Limassol districts, was put out today and an arson investigation launched, along with a long term effort to create a anti-arson strategy that will prevent such crimes on a mass scale.

Fire fighting crews battled the Kouklia-Oreites fire for more than 24 hours, with more than 30 vehicles on the ground and 7 planes and helicopters.

More than five square kilometres of forested area, olive and carob tree crops and wild shrubbery were scorched, two of them inside the Kouklia-Oreites state forest.

Crews were working until earlier this morning, supported by two Russian Gamov-32 firefighting helicopters based at Paphos airport and two forestry department planes that came over from Akrotiri. Water drops stopped rekindling.

The arson investigation is now well and truly under way, at an intensive pace, with the head of the forestry department head referring to ‘sick individuals, criminals that went for human lives’.

Arson was confirmed by police, the fire department and local authorities, as the blaze broke out on more than 7 fronts at three in the morning.

‘I simply cannot comprehend how anyone could set fires on a 20 kilometre front’ the Agriculture minister said.