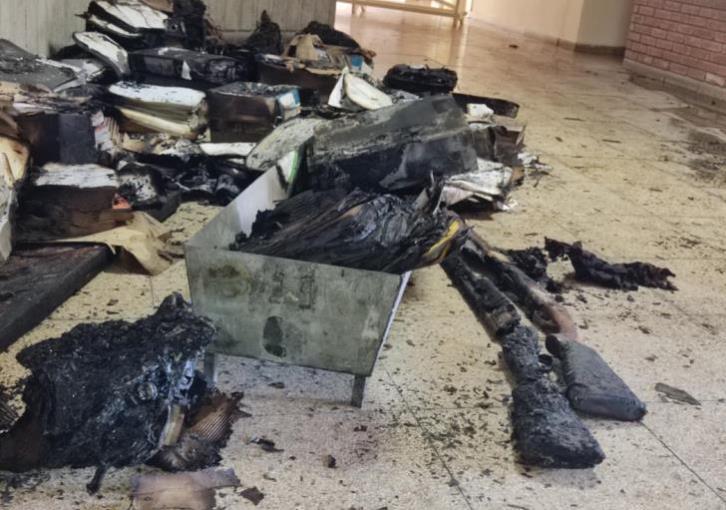 The case of the recent arson attack at the Limassol courthouse which destroyed evidence relating to serious criminal cases is taking a wider dimension, Philenews reported on Friday.

The evidence that was destroyed related to three cases currently tried by the criminal court, which is next door to the room that was set on fire. One of them concerns the discovery of a crystal meth lab in Zakaki.

Insiders said the perpetrators seem to have been very well informed where the stolen bag with evidence on the meth case was kept and searched for it for some time before the alarm sounded off – if it actually did.

The fact is that it is unclear whether the alarm actually did sound off and so is the actual time period before its activation.

The suspects then broke into the building through the window and set fire to the room, which is used for storing evidence, documents, and the court’s servers.

The perpetrators left behind the ladder they had used.

Police have arrested a suspect in connection with the case.