One hundred poems drawn from eight books of poetry spanning 25 years make up the volume Giórgos Christodoulides | Selected Poems (1996-2021), now out by Armida Publications. The edition, which marks one of the most expanded collections of Greek verses in English translation to date, renders the Cypriot poet’s vivid etchings of people and things within a new soundscape.

The book includes fifteen as yet anecdotal poems and an Introduction by the translator, Despina Pirketti, casting new light on the poet’s oeuvre. Twice presented with state poetry awards and an avid reader of Greek and international poetry, Christodoulides has already seen his work published in single volumes in Bulgarian, French, German and Serbian, whereas his poems have been featured in Greek and international compilations such as the recent Grand Tour anthology of contemporary European verse, curated by Jan Wagner & Federico Italiano (2019).

The poet himself sums up the core of his poetry in the notion that everything ends without ever ceasing to exist and that only love, in its deepest meaning, can ensure the continuity of the world. On this first release of his work in English, Christodoulides remarks that “English is a waterproof language that can sail to the farthest edges and can dock into several ports. I hope that with every mooring, my work will be exposed to a whole host of unexpected readings”. 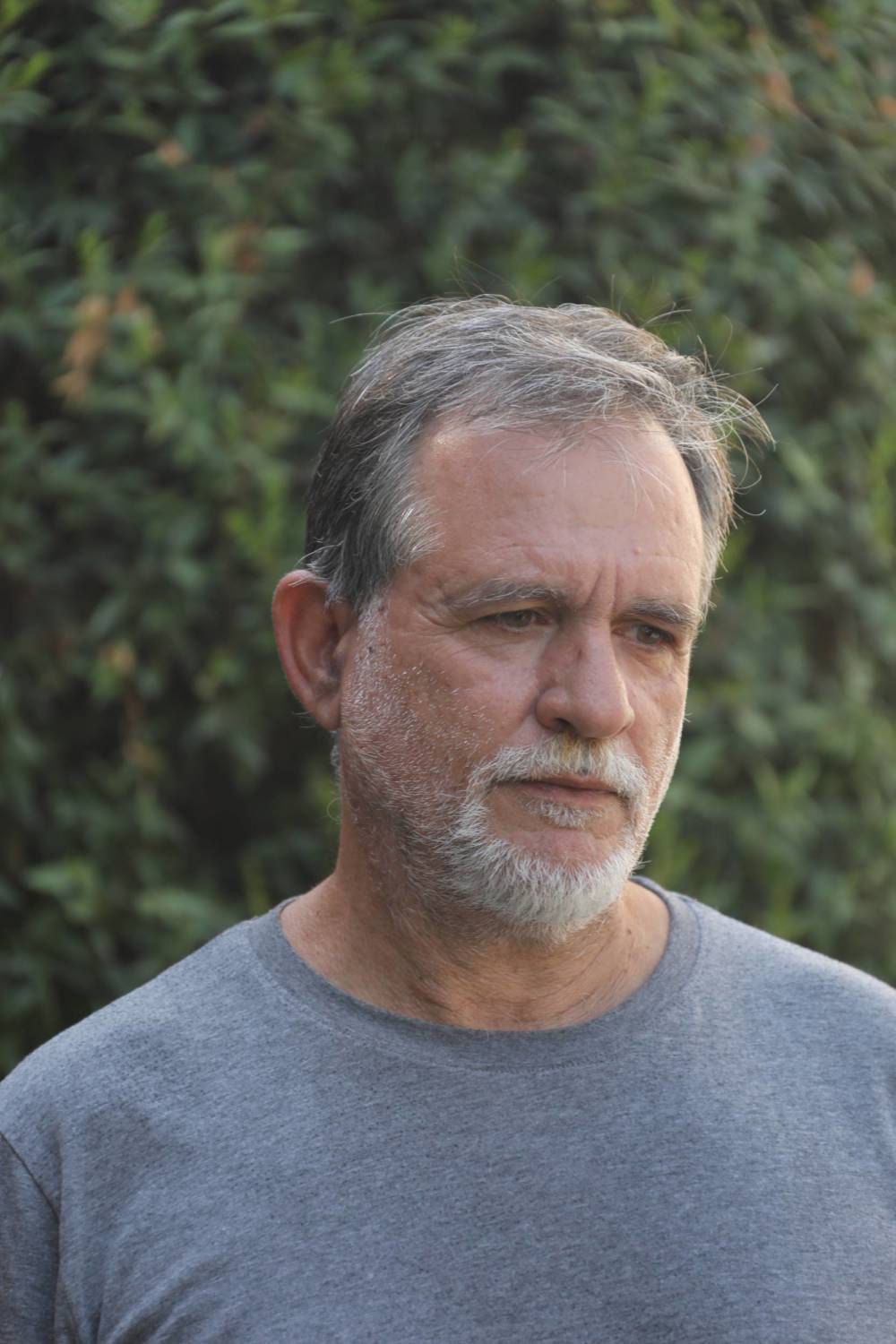 Discussing Armida’s new venture into translated poetry, publisher Haris Ioannides explains that the initiative to introduce Christodoulides to the English-speaking reading public was not only prompted by the poet’s positive critical reception in Cyprus and Greece (seven of his eight collections are published in Athens) but also by the many resonances it holds for poetry enthusiasts across the world: “His poems are built in layers that transcend locality, which makes their reinscription into English all the more pertinent”, Ioannides says. 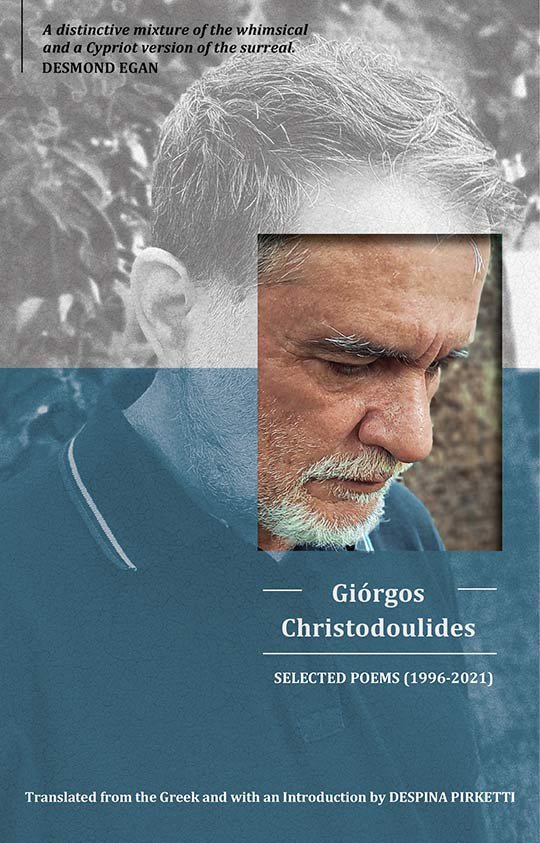 Giórgos Christodoulides | Selected Poems (1996-2021), is also of interest to literary translators as it proposes a rearrangement of the original poems based on topic rather than chronology: structured across six themes that recur throughout Christodoulides’ body of work, the book moves from succinct stories of misaligned laymen to Cypriot snapshots tweaked out of place, and from there to a mesmerizing fusion of people and landscapes.

Understanding her task as responding to a literary work in a way that dynamically expands it, translator Despina Pirketti conjures up “the rough core of embers that fan into flame each time the original crosses over to a new system of vocal symbols, alight with enriching, amplifying or simply other potentialities”. In Christodoulides’ work, she says, figures are limned by dim light to expose a blurring of borders between humans, trees and animals —which, in itself, sets in motion a practice of translational fluidity beyond fixed boundaries.
The back cover features praise of Christodoulides’ poetry by international peers Desmond Egan, Denis Montebello, Corinne Desarzens, George Tardios and James Mackay, who is also copy editor of the selected poems’ English version. 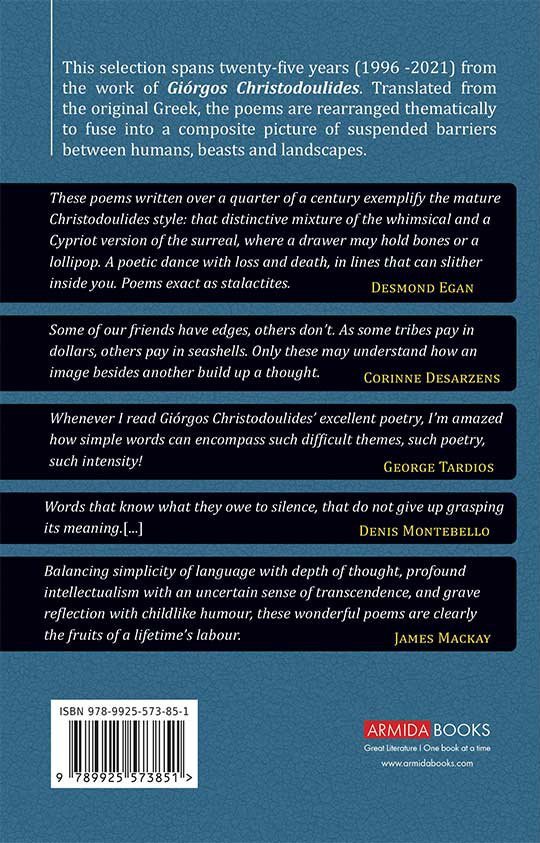 The book is globally available for online purchase directly from the publisher as well as in bookstores across the UK and Ireland via Central Books, London.

Giórgos Christodoulides was born in Moscow in 1968, and raised in Larnaka, Cyprus. To date he has published eight collections of poetry, two of which were awarded the Cyprus State Poetry Prize. In 2011, more than 150 poems spanning fifteen years of Christodoulides’ work were translated into Bulgarian (Plamik: Sofia). In 2016, Affected Areas-Raw Tales was translated into French under the title Zones sinistrées (Paris: Le miel des anges) and, in 2018, into Serbian as Izranjavane zone (Belgrade: Treći Trg). In 2018, he coedited, with fellow Cypriot poet Panagiotis Nicolaides, the Anthology of Cypriot Poetry 1960-2018 (Athens: Kyma). His work has been featured in international anthologies, literary journals and at poetry festivals across the world. Giórgos Christodoulides | Selected Poems (1996-2021) by Armida Publications launches the first fully fledged presence of his work in English translation.