Aristotle shows us the right path, Jeffrey Sachs says at lecture in Nicosia 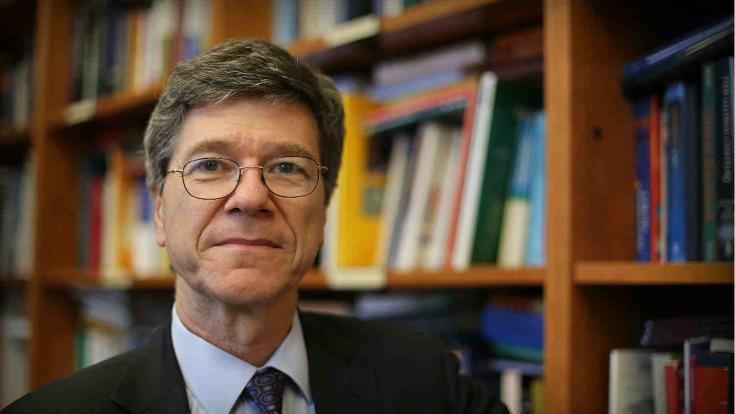 We reach back to Greek philosopher Aristotle to show us the right path towards a global development that is both sustainable and ethical, Professor Jeffrey Sachs, world-renowned professor of economics, leader in sustainable development and senior UN advisor, said, during the Hubert Curien Memorial Lectures Series, organized by the Cyprus Institute.

In his lecture on Tuesday evening, entitled “Eudaimonia in the 21st Century: Looking to Aristotle for New Solutions”, the Columbia University Professor and Director of the UN Sustainable Development Solutions Network, said that humans are in the verge of destroying the planet, its biodiversity, its culture, while injustice and wars are still present.

The answers, he said, are found in two books that Aristotle has written, the Nicomachean Ethics (Ἠθικὰ Νικομάχεια) and Politics (Πολιτικά), which, as the Professor said, are the best books ever written about ethics and politics (as politics should really be).  The first book, he said, invented the science of ethics and the other invented the political science.

Those two, ethics and politics, were for Aristotle completely conjoined, the Professor said.

So, he continued, I reach back to Aristotle to try to answer a puzzle why humans, who have every means in their disposal to change things with very small cost, are, at the same time destroying everything around them.

“The puzzle is why are we at the verge of wrecking the planet, with climate change, the destruction of biodiversity, conflicts, poverty. The fate of the planet is at stake. It evidently is not because of our lack of technical skills, or scientific understanding. We have every means to solve these problems at almost no cost. It is not heroism needed in our part, nor fundamental changes in our lives,” he said.

The Professor, who is also Member of The Cyprus Institute Board of Trustees, said that Aristotle offers answers which are significant in understanding how we came from Aristotle’s wisdom to where we are today, and how we can recover that wisdom and move forward.

He analysed Aristotle’s principles of eudaimonia (the highest good), the virtues (phronesis (practical wisdom), dikaiosini (justice), sofrosini (moderation) and andreia (courage), saying that the most important  is phronesis.

The Professor spoke about the influence of Aristotle`s philosophy throughout the centuries, until Christianity, which continued those virtues with  community being at the center of human thriving, until the 16th century when everything changed.

In the beginning of the 16th century, he explained, there was the birth of modern psychological and ethical egoism.

We went from Aristotle’s striving of eudaimonia to human beings being individualistic and egoistic and we separated strongly the community from the individuals. Those ideas were very different from the great traditions of Aristotle and Christianity.

The Professor pointed out that according to Aristotle, community comes first, individuals come after, whereas this changed and this idea got displaced by a radical individualism.

Noting that Aristotelian thought, evolved in this particular tradition to a vision of  greed, arrogance, seeking power, seeking fame, because they believed that this would lead in the end to the social good, he said that none of these would have been more than a footnote in history if  Britain had not ended up ruling the world and transferring those ideas to the US, which became the next world leader.

These ideas, he said, have been dominant ideas of the world for the past 200 years.

He also spoke about James Odds and Kent Berridge and their influence in modern neuroscience and psychology saying that these two sciences now give us a better and clearer understanding and we learn that Plato and Aristotle “were on to something”, which is that we have to protect our rationality, understand that we are social and learning species and that how we learn and how we develop what we are taught, determines the quality of our lives and that we are vulnerable to addictions.

Speaking about addictions, he gave as an example the US, saying that  5-10% of US citizens are addicted to compulsive shopping, 40% of adult Americans are obese,  8 million are addicted to gambling, while in 2016, 42,000 deaths were recorded from opioids, while  60% of young people state that screen time is a major problem.

The Professor said that since smart phones came to the masses, depression cases have increased.

“Our role today and especially the USA as world leader is a world of wealth without eudaimonia, the world is wealthy but it is not thriving it is not a happy world we are not achieving what we really need to achieve” he stressed.

Scandinavian philosophy, the Professor said, is not too much wealth, nor fame, but the community`s well-being, with high taxes but at the same time with very good public services.

What we need, he said, in order to move from this world to the world of Aristotelian eudaimonia, is early childhood development, childhood education in eudaimonia, justice, ecology, knowledge and philosophy, so that children learn from a very young age, how to respect others, learn compassion, moderation, respect of the environment, and justice, which will lift all inequalities in today`s society, such as poverty.

Finally, referring to the technological evolution, he said that in a world, where the machines can make more, if we redistribute this income so that everybody can have a good life, then what will we do with our lives?

“We will go have a good cup of coffee, philosophise and read Aristotle” the Professor concluded.

By In Cyprus
Previous articleJCC in agreement with Japan’s JCB
Next articleSpecial school pupils say no to plastic straws, aim for Cyprus to be first in EU