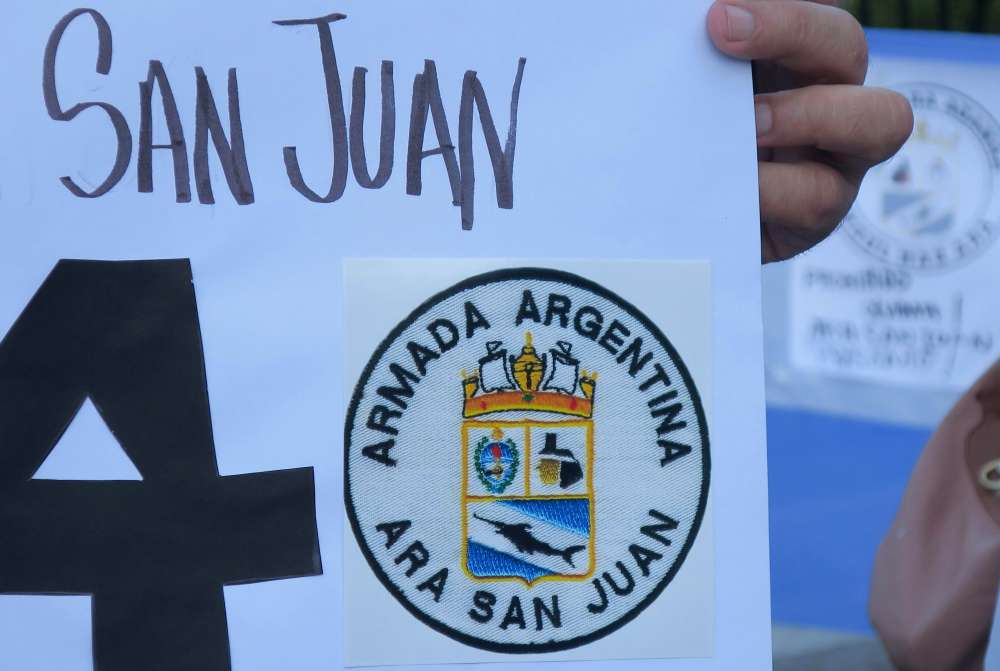 The Argentine Navy submarine that went missing a year ago off the country’s Atlantic Coast was found by a private company involved in what had been a massive search for the vessel and its 44-member crew, the defence ministry said in a news conference on Saturday.

The vessel, discovered by marine tracking contractor Ocean Infinity, was found 907 metres below the ocean surface in a canyon on the ocean floor with its tail partially “imploded,” Argentina’s Defence Minister Carlos Aguad said.

The ministry could neither confirm nor deny if the discovered submarine could be recovered until more information became available.

The disappearance gripped the nation’s attention as the government struggled to provide information about the tragedy. Relatives of the crew still have questions.

At the time of the disappearance, the Navy said water that had entered the submarine’s snorkel caused its battery to short-circuit.

Naval officials said international organizations helping to search for the missing vessel a year ago detected a noise that could have been the submarine imploding, just two hours after the submarine’s last contact.

The first anniversary of the submarine’s disappearance was marked with an event at the Mar del Plata naval base on Nov. 15, with President Mauricio Macri in attendance.

The crew had been ordered to return to Mar del Plata on the country’s east coast. But the vessel was never heard from again.