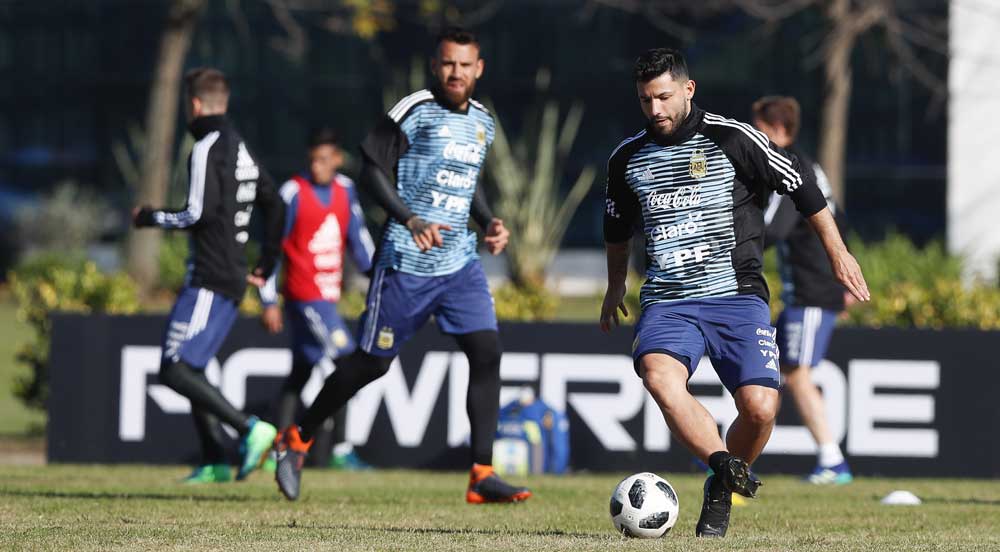 A decision by Argentina’s national soccer team to cancel a World Cup warm-up match against Israel after protests by Palestinian activists has set off hand-wringing and recrimination here in a nation obsessed with the sport and geopolitics.

Argentina’s soccer federation canceled the game on Tuesday and confirmed it on Wednesday, weeks after Israel had moved it from the coastal city of Haifa to Jerusalem, a city that is a focal point in the conflict between Israelis and Palestinians. The change in location of the game ignited protests from Palestinian activists, who displayed bloodstained shirts at a demonstration in Barcelona, where Argentina is practicing for the World Cup beginning June 14.

Both Israeli officials and officials with the Argentine Football Association said threats had been made against Lionel Messi, the star of Argentina’s national team, and other members of the team.

“My responsibility as the president of the AFA is to work for the safety of my people, which is why I made this decision,” the association’s president, Claudio Tapia, said in a short statement to the news media in Barcelona.

Changing the location of the game, a move pushed by Israel’s sports minister, Miri Regev, “turned a sporting event that had economic ends into a political issue and it became about supporting the state of Israel,” said Angela Lerena, an Argentine sports journalist and analyst of the team. “Somebody at some point decided it could be a good propaganda opportunity.”

Prime Minister Benjamin Netanyahu of Israel had called Argentine President Mauricio Macri of Argentina on Tuesday in an attempt to get the game back on.

Macri, who was once president of Boca Juniors, one of the most popular soccer clubs in Argentina, then spoke with officials at the Argentine soccer association. But Macri was told the players had decided against traveling, said a government official who works with the president but spoke on condition of anonymity because he was not authorized to discuss the matter publicly.

“Macri apologized to Netanyahu but said that if the players don’t want to go there was nothing he could do,” the official said.

Argentine government officials said they had warned the association that playing the match in Jerusalem could cause trouble. President Donald Trump this spring moved the U.S. Embassy there from Tel Aviv and recognized Jerusalem as Israel’s capital, angering Palestinians who hope to see the eastern part of the city become the capital of a future Palestinian state.

“When it became known that it would be in Jerusalem, the first thing we did was get in touch with AFA to alert them about the sensitivity and delicate situation that this implied, including because it could involve security issues,” the Argentine foreign minister, Jorge Faurie, said in an interview with local radio station Mitre.

Israeli officials reacted bitterly to the cancellation of the game.

“It’s unfortunate the soccer knights of Argentina did not withstand the pressure of the Israeli-hating inciters, whose only goal is to harm our basic right to self-defense and bring about the destruction of Israel,” the defense minister, Avigdor Lieberman, wrote on Twitter.

Israel’s ambassador to Argentina, Ilan Sztulman, retweeted a message from Hamas, the militant group that rules Gaza, thanking Argentina for the cancellation. “If a terrorist group congratulates you … ” he wrote.

“I understand the fear that players have, but I can assure you Israel is a very safe place,” Sztulman said in an interview with the cable news channel Todo Noticias.

“The Israelis tried to use Messi and those stars from Argentina, and I would like to thank them and appreciate their decision, which I think was on the right track,” Jibril Rajoub, the president of the Palestinian Football Association, said at a news conference in the West Bank city of Ramallah.

In the streets of Argentina’s capital some people sought to look past the Mideast geopolitics that are widely debated here and focused their ire on the management of the national soccer team.

“Not that we needed it but it again showed how the management of Argentine football is a huge mafia,” said Lorena Quiroga, a 40-year-old small-business owner. “All they care about is money, not the players.”

There was also concern the matter would upset the psyche of players ahead of the World Cup. Argentina is one of the teams expected to contend for the title; it lost to Germany, 1-0, in the 2014 final. “This will really bring down the team’s enthusiasm at a time when they should be focused on the game,” said Gustavo Taboada, a 25-year-old electrician.

Emanuel Estevez, 32, a driver, was optimistic the cancellation would prove to be good news for the squad. “Imagine how many days of stress it would have meant for them to go somewhere they felt their lives were at risk,” he said. “Now it’s done, they can relax, just stay in Barcelona and focus on bringing home the cup.”