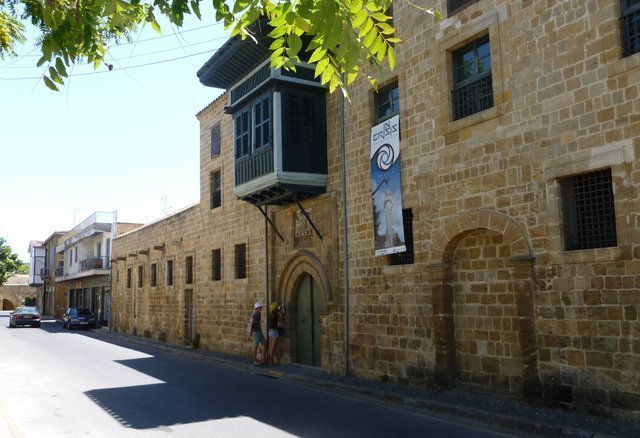 More than 1700 people have joined a new group on Facebook “Respect for the House of Hadjigeorgakis Kornesios” objecting to plans by Archbishop Chrysostomos to turn the mansion — currently housing the Ethnological Museum — into an ecclesiastical museum.

The administrator of the new Facebook group that was set up on Saturday is architect Nicos Mesaritis and former head of the Technical Chamber. It has asked for a meeting with Transport Minister Yiannis Karousos, whose portfolio includes the Antiquities Department.

The Association of Tour Guides has backed the group’s initiative, noting that the mansion is the only building reflecting 300 years of Ottoman rule in Cyprus and there was no reason to turn it into a Byzantine museum, given that there is already a significant Byzantine museum only minutes away and urged the Archbishopric to reconsider.

The Archbishop has brushed off the objections. Speaking to Omega TV on Monday, he said the church is capable of managing its assets. The church has its advisors and is best suited to manage its property. “We are not useless,” he said, adding that the church would protect the building.

This manor house, located at 20 Patriarchou Grigoriou street, is one of the most important surviving 18th century buildings in Nicosia. Once the residence of the Dragoman of Cyprus, Hadjigeorgakis Kornesios, the building was restored by the Department of Antiquities and today houses the Cyprus Ethnological Museum.

In an announcement, the Facebook group objecting to the Archbishop’s plans said it had decided to speak up after the “mistaken advice” given to the archbishop which, if implemented would mean that the mansion — currently ‘organised’ as a residence in line with its historical use will be converted into a museum.

The group also noted that the state and donors have spent a lot of money so that the mansion is organised on the basis of its historical use.

The mansion is a significant historical example of life in Nicosia and was the residence of an important personality of Cyprus.

“We believe that if the Church is the sole legal owner under the law on ancient monuments, it can without cost and without needing new permits retain the mansion as it is and include it in the tours of the areas it is planning, adding that to rich, cultural interest,” it said.

The Archbishop had a few days ago confirmed that he hoped to turn the house into an ecclesiastical museum within 2020. He said the building belongs to the church which will not renew the agreement assigning management to the Antiquities Department.

According to Archbishop Chrysostomos the museum is part of a trust which is chaired by the archbishop in office at any given time.

“The agreement with the Antiquities Department was renewed every year but this time we have decided not to renew it. Now that we need it, we will use it,” he said.