Archbishop of Albania tests positive to COVID, is transferred to Athens 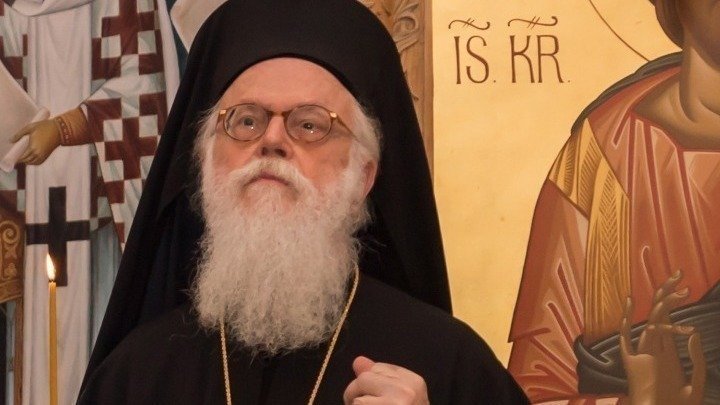 Archbishop of  Tirana, Durres and all Albania Anastasios, who has tested positive for COVID-19,  will be treated at Evangelismos hospital in Athens, an announcement said on Wednesday.
A C-130 military transport plane was on its way to Tirana on Wednesday to collect Archbishop Anastasios and bring him to Greece after he was diagnosed with COVID-19, Athens-Macedonian News Agency sources said. The Archbishop was tested at a medical centre in Tirana.
Despite the fact that his symptoms are mild, the doctors in Tirana considered his transfer for treatment to a clinic in Greece essential, given his age and some chronic health problems he faces.
Prime Minister Kyriakos Mitsotakis was informed of the issue and gave his consent for the flight of a specially equipped C-130 aircraft for his transfer to Greece.