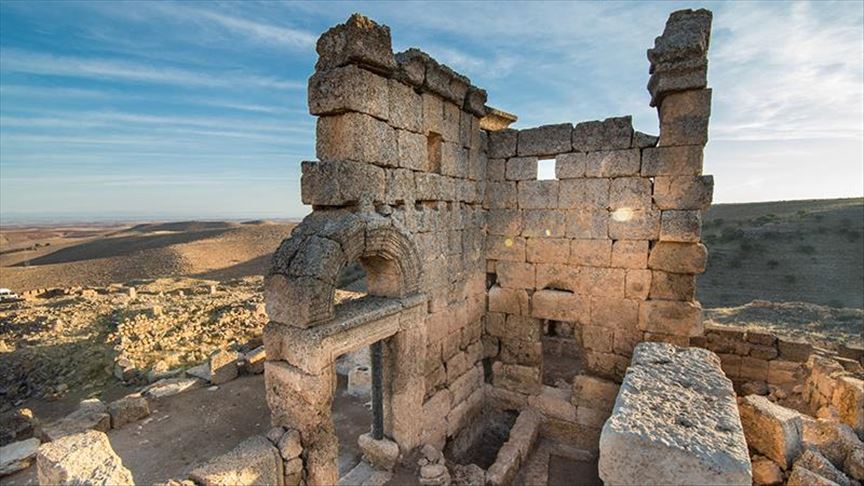 The 1800-year-old entrance to historic Zerzevan Castle, which is on the UNESCO World Heritage Tentative List has been unearthed by archaeologists in eastern Turkey.

Excavations began around six years ago at the site which was a Roman military settlement.

“This year, we have started excavations on the walls for the first time. Zerzevan Castle has walls of 1200 meters in length, and its height is approximately 12-15 meters. There are also watchtowers and they are 21 meters in total, 19 meters of which are preserved. The Roman Empire formed an important line of defence here,” said head of the excavation, Associate Professor Aytac Coskun.

The history of the Zerzevan Castle goes back to the Assyrian period in 882-611 BC.

During the Roman Period, in the 3rd century AD during the Severan Period in 198-235 AD, the main military settlement was built and was used continuously until 639, when the Islamic armies conquered it.

The walls and structures of the settlement were repaired during the periods of Anastasios in 491-518 AD and that of Justinian in 527-565 AD when some were rebuilt and made available.

By In Cyprus
Previous articleU.N. school in Gaza damaged in Israeli strike over fire balloons
Next articleThree people wanted for shoplifting in Paphos