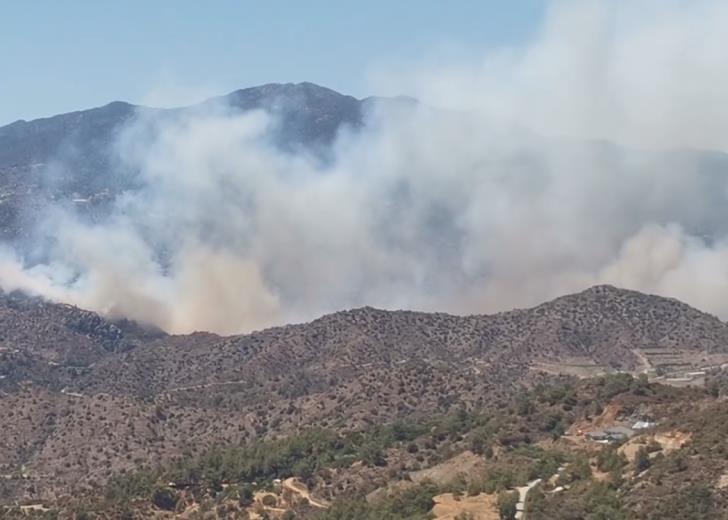 A massive blaze went through the village of Arakapas in the Limassol district and had destroyed many homes and cars, with residents initially finding refuge in the village church, as the fire service was fighting the blaze.
Crews in seven fire fighting vehicles were inside the community, with 4 planes and six helicopters in the area.
Strong winds were hampering fire fighting efforts on two fronts in the Limassol and Larnaca districts. More than 20 vehicles were involved and 4 planes and 6 helicopters, including 2 from the British Bases. Locals were also assisting.
Seven other villages had been evacuated-Melini, Eptagonia-where an elderly man was trapped in his home, Sykopetra, Odou, Ora, Farmakas and Ayioi Vavatsinias.
The fire was approaching Odou late in the afternoon.
Cyprus requested assistance from neighbouring countries and Greece responded with 2 planes.
By Constantinos Tsintas
Previous articleFire breaks out near Arakapas in Limassol
Next articleAnastasiades visits HMS Queen Elizabeth