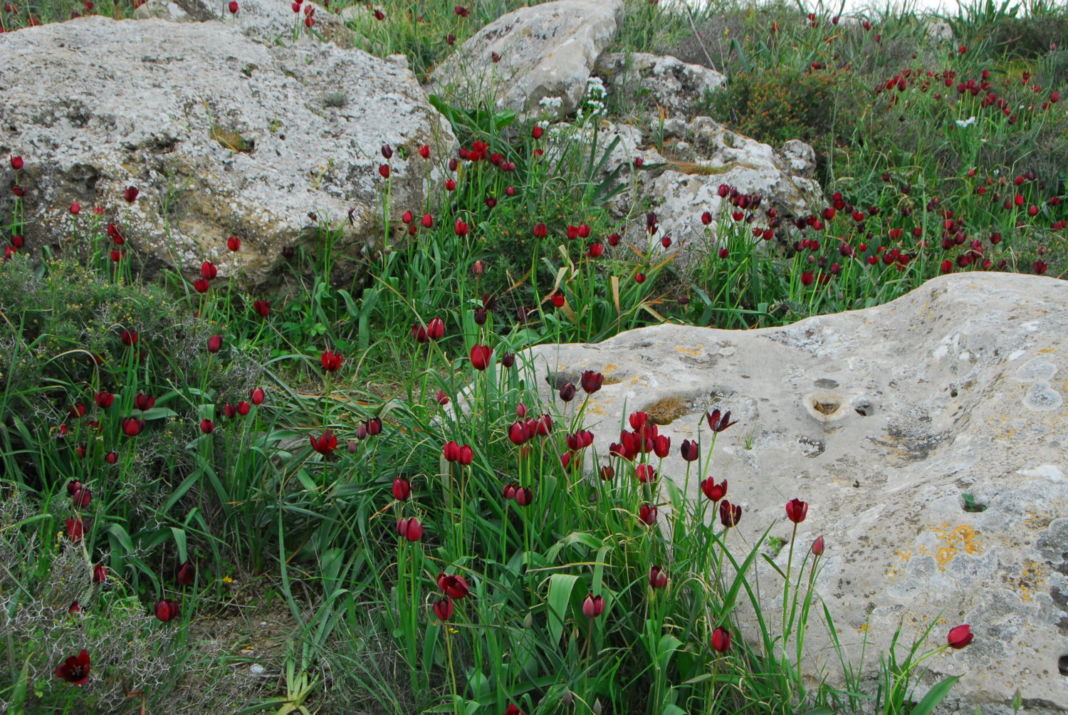 The Ministry of Agriculture introduces the rare Tulipa cypria(Cypriot tulip) that blooms in spring as part of its regular feature that aims to present to the public some of the 141 species and sub-species of plants that only grow in Cyprus.

The name of the genus Tulipa comes from the Turkish word tülbent meaning ‘turban’ due to the likeness of the flower to a turban. The adjective cypria specifies the plant’s endemic origin; Cyprus.

The genus Tulipa belongs to the family of Liliaceae that comprises about 100 species of plants that originate in Europe, West and Central Asia as well as North Africa. In Cyprus, the genus is represented by 3 species; the endemic Tulipa akamasica and Tulipa cypria and the acclimated foreign species Tulipa agenensis.

Tulipa cypria is found in four locations in Cyprus: the Akamas peninsula, the wider Kormakitis-Myrtou-Panagra area, between Mammari and Deneia, and more recently in the Karpasia peninsula, near the village of Ayios Symeon.

It grows around cereal crops, in grazing grounds and near juniper shrubs (Juniperus phoenicea), at an altitude of 100 m – 300 m.

Tulipa cypria is included in Annexes II & IV of the Habitats Directive (92/43/EEC), effectively requiring its preservation within Natura 2000 protected areas. It is also listed as Endangered in the Red Book of Cyprus Flora.

The total population fluctuates significantly each year depending on weather conditions and counts more than 6,000 individual flowers.

The population in the Akamas National Park is located on state forest land and is part of the Natura 2000 network.

The species is also preserved in the Forestry Department’s botanical gardens and in seed banks.

By Josephine Koumettou
Previous articleEarly release for 137 prisoners because of Covid-19
Next articleOne dies, 32 test positive for coronavirus