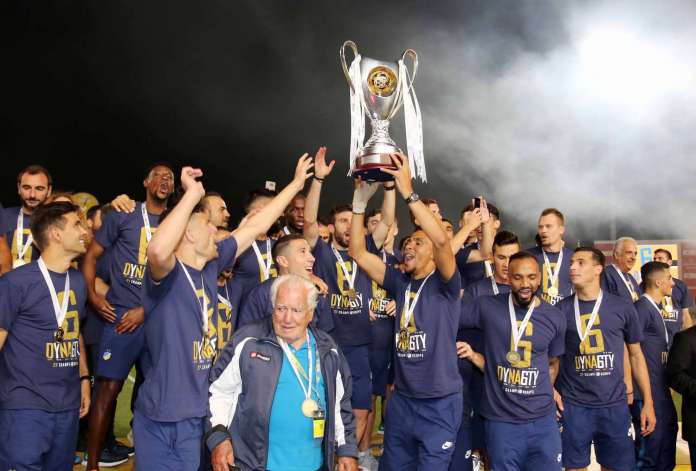 APOEL FC won the Cyprus football championship this Saturday after a 2-1 win over Anorthosis at the GSP stadium in Nicosia. This is the sixth title in a row for the team. With this result APOEL is now four points clear of Apollon FC at the second place.

A win was needed for APOEL, since anything else would give Apollon the opportunity to slide in and ‘steal’ the title from them. Early on in the game Miguel Palanka opened the score 1-0 for Anorthosis creating a lot of anxiety for APOEL fans. APOEL equalised shortly before half-time and, in a dramatic turn of events, Mickael Pote scored a last-minute goal, two minutes before the game ended.

By In Cyprus
Previous articleOut of date medicine worth €377.000 left in storage
Next articleIsraeli army opens fire on protesters ahead of US embassy event in Jerusalem