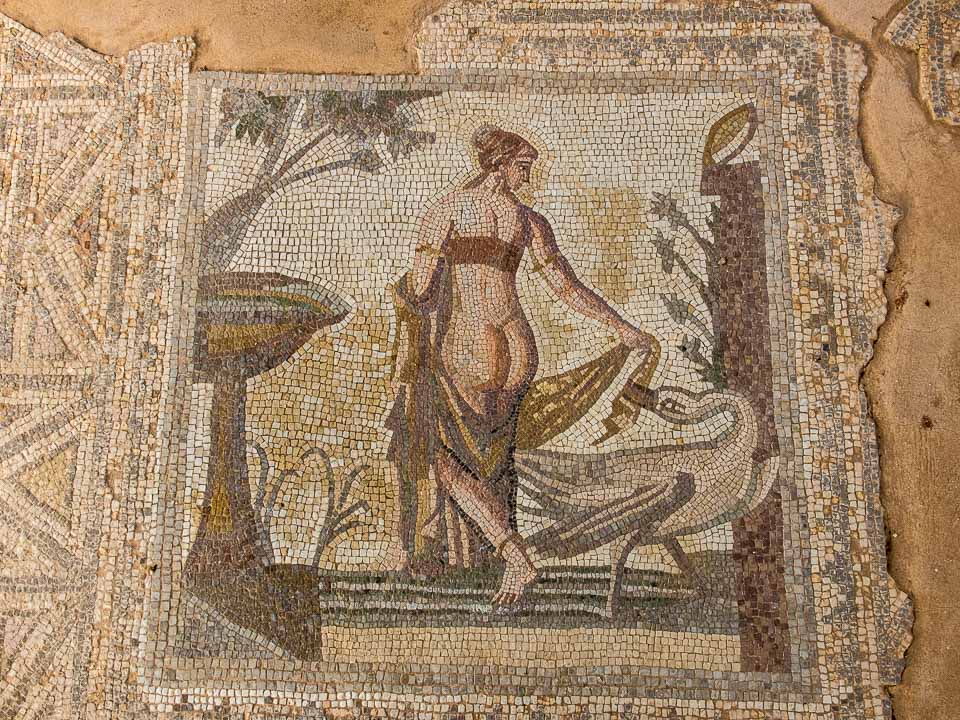 Follow in the footsteps of Aphrodite, the Ancient Greek Goddess of Love and Beauty, and protectress of Cyprus, and discover the archaeological sites dedicated to her ancient cult as you wander through layers of history, culture and mythology.

Cyprus has always been considered the ‘Island of Aphrodite’, and no other place in the world can boast of being the birthplace of the Goddess of Love and Beauty. In the 8th century BC, Homer mentions Aphrodite as ‘Kypris’ and ‘Golden Aphrodite’, whilst there are many myths connected to Aphrodite that possibly originated on the island, including those concerning Aphrodite and Hephaistos, Aphrodite and Ares, and Aphrodite and Adonis.

With a historically accurate programme of cultural routes – centred on the search for the traces that Aphrodite has left throughout the island – you will embark upon an enchanted journey through the sites of Palaipafos (Kouklia) in the Pafos (Paphos) region, the ancient city kingdom of Amathus in the Lemesos (Limassol) region, and Kition, in the Larnaka (Larnaca) region. Each is linked to other sites and museums, where artefacts related to the Goddess endure to this day. And upon the way, you will delight in learning all about her birth, mythology and character, as well as the rituals, plants and seashells connected with her cult.

Palaipafos – which is an UNESCO World Heritage Site – has the deepest links with the Goddess, as it is the area that played a central role in the genesis (birth) of Kyprida Aphrodite, and combines the most interesting sites of the route, including the main archaeological site of Palaipafos (Kouklia) and the Chalcolithic site of Lempa. There are also a number of related museums, nature sites and trails in the region.

The ancient city kingdom of Amathus – on the Bay of Lemesos – was probably founded by Greek Mycenaean settlers in the 12th to the 11th centuries BC, and was one of the most important kingdoms where Kyprida Aphrodite was celebrated. The ruins of the temple of Aphrodite can be seen at the main archaeological site of Amathus, whilst the District Museum of Lemesos complements the visit with in-depth information about the celebrated Goddess.

Larnaka and the Agia Napa area offer a combination of sites relating to Aphrodite. The main archaeological site is Kition – Kathari in Larnaka, where visitors can explore the links of the ancient city of Kition with the Goddess Kyprida Aphrodite, along with the area’s ties to the sea, culminating at the Kyprida Aphrodite Nature Trail at Cape Gkreko in Protaras.

Nowhere else will you find legend, history and romance so intricately intertwined, with each new discovery a beautiful reminder of the island’s unique and special bond with Aphrodite.

To access the full brochure detailing the island’s connection with Aphrodite; her historical footsteps, and all the information for the various sites and elements associated to the Goddess, click below:

Coutesy of the CTO