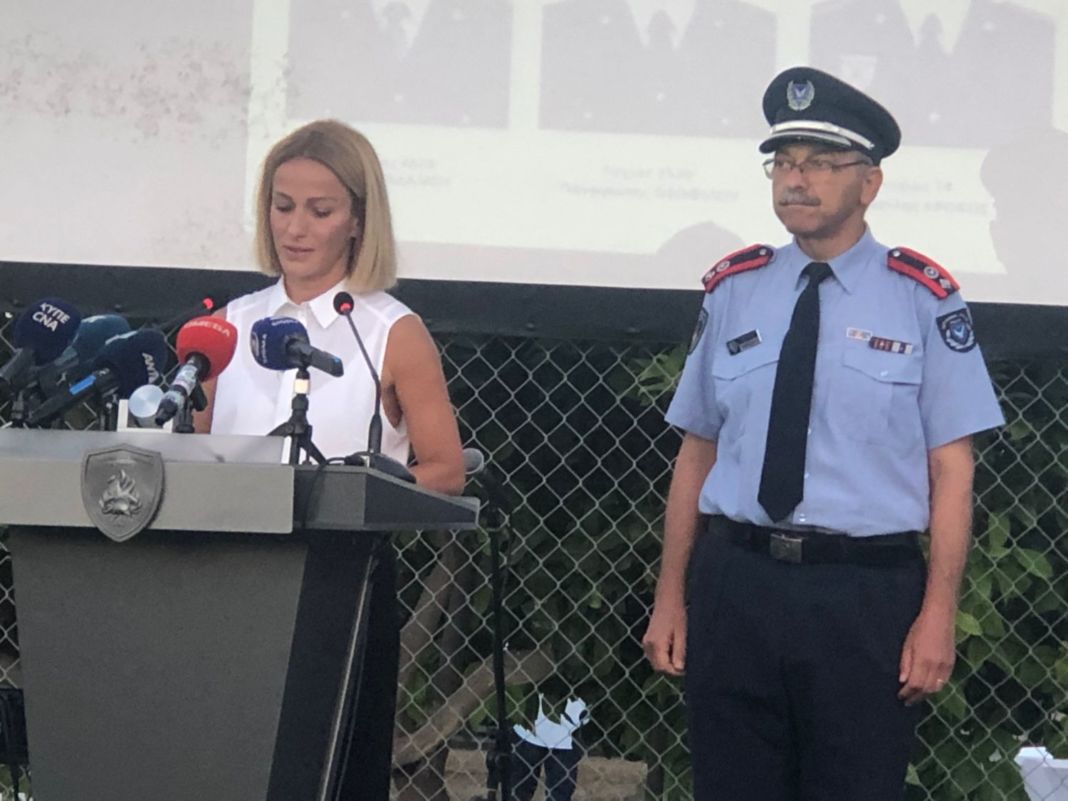 Any prospects for the resumption of UN-led talks for a settlement to the Cyprus problem would require the termination of the Turkish provocative violations of the Republic of Cyprus sovereign rights in its Exclusive Economic Zone and territorial waters, Minister of Justice and Public Order Emily Yiolitis has said.

Addressing on Sunday the annual memorial service for the victims of the 1974 coup against then Cyprus President, Archbishop Makarios, Yiolitis said that the Turkish violations are contrary to the international law and the UN Convention on the Law of Sea (UNCLOS), and constitute an additional broader threat in the sensitive region of the Eastern Mediterranean.

“On our part, we state that we will do our utmost to create the conditions for a secure and peaceful environment in Cyprus and the wider region,” she said, expressing hope that “Turkey and the Turkish Cypriot side would realize that a viable and lasting solution to the Cyprus problem can be achieved only  through a mutual respect and compromise.”

The Turkish side, she went on, “should rise to the occasion and clearly show the good will they claim that they have so we could soon enter a new negotiating round aiming at a comprehensive solution to the Cyprus problem.”

Yiolitis expressed the states admiration and respect to the heroes who lost their lives during the coup, defending the democracy, noting that the issue of the missing persons represents the most tragic aspect of the Cypriot tragedy.

“We will continue with the same determination our efforts aiming at terminating this unacceptable stance shown by Turkey, that constitutes a provocation to the civilized humanity, and at establishing the fate of each and every missing person,” she said.

On July 15 1974 a coup instigated by the Greek military junta toppled the then Cyprus President Archbishop Makarios. The coup was used as a pretext by Turkey which invaded Cyprus five days later, which resulted in the occupation of 37% of the island territory.