Anti-poverty event warns that 23.9% of Cyprus population is at risk of poverty 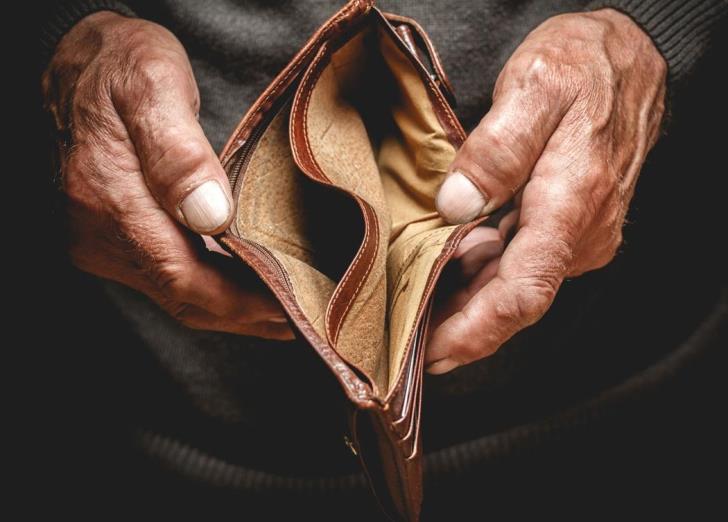 The discussion was attended by the members of the Bureau of the EAPN from six countries, among them the President Carlos Susias. Cyprus is one of the six countries which has a seat at the Bureau, the others are Spain, UK, Austria, North Macedonia and Norway.

The two-day debate was entitled “Assessing the Fight Against Poverty and Social Exclusion in Cyprus and Europe” and the outcome was shared with the members of the press during a press conference at the Cyprus Workers Confederation (SEK) headquarters in Nicosia, on Friday.

Speaking to the press on behalf of SEK, Nicos Satsias said that for a long time we were not aware that poverty existed in Cyprus but unfortunately after the 2013 financial crisis the number of poor and deprived citizens started to become obvious and it was then when we all realized that our country too is faced with the phenomenon.

“Poverty is a reality and needs to tackled with sound policies, actions need to be taken in different directions. It is shocking seeing fellow citizens who are really unable to meet their basic needs. The poor are no longer invisible, ” he said.

He added that the income threshold for a person to be considered in poverty is 9,302 euros a year, but he stressed that the numbers do not reflect the reality as no one can claim that a person with an income of 10,000 euros a year has escaped the poverty line.

Satsias said that the Guaranteed Minimum Income (GMI) in Cyprus was a measure in the right direction in tackling poverty, however he added, there are certain distortions that need to be managed by the government and certain provisions that were not implemented.

He referred to issues related to accessibility and competence. Satsias also said that conditions have now changed, the rents are different and do not reflect the conditions based on which the GMI was decided. He also added that an assessment will take place soon on the GMI and the stakeholders will be able to place their suggestions.

Satsias also referred to the measure of national minimum wage, stating that it is in the right direction, but also the necessary reforms need to take place in order to have a real social economy in place for the favour of the citizens.

EAPN Head Carlos Susias said that the 2020 strategy includes the goal of reducing the poverty line by 25 million citizens. He referred to the Network`s actions since its founding 30 years ago, saying that the phenomenon of poverty is social and economic and requires not only sound strategies and planning but also awareness by the media, NGOs, universities, various organizations, and from the civil society as a whole so that people living in poverty can finally have a voice which can be heard. He said that we need to hear these people as they can tell us exactly what they are experiencing and how they cope.

Susias also noted that EU policies must be accompanied by the necessary funds and resources to be implemented in an effective way adding that we, as EU citizens, can put pressure on Brussels and the 27 leaders of the Member States through our MEPs, which are elected by us.

He also said that both the EAPN and the EAPN Cyprus have the same goals and are fighting for the same purpose, namely a fairer EU with social policies and actions for the benefit of its citizens.

By In Cyprus
Previous articleCyprus and Norway to sign MoU on energy issues
Next articleCyprus an extremely important partner in region, Norwegian FM says after Nicosia meeting