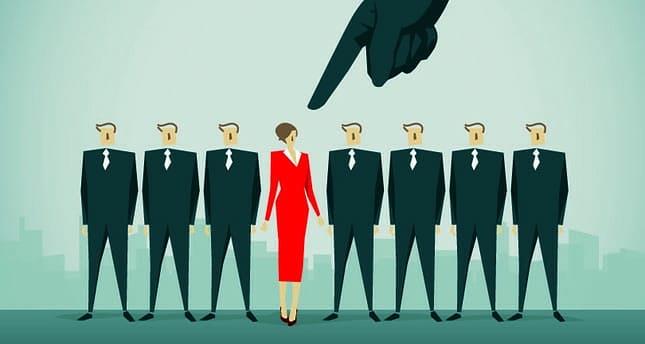 European women are at least 60 years away from winning equality with men and the pandemic could further slow progress, according to a report released on Thursday that measures gender fairness.

The 2020 European Institute for Gender Equality (EIGE) index reported some advance in the last year but said women still do most of the unpaid work at home and are more at economic risk than men from the pandemic.

It said the virus has already increased the domestic pressure on women, with more caring, cleaning and cooking to be done for the millions of families confined to home in lockdown.

“The coronavirus pandemic poses a serious threat to gender equality progress, which we cannot afford,” Carlien Scheele, EIGE’s director, said in a statement.

The index has monitored gender equality across the European Union for a decade, gauging how well women do against men in the worlds of work, money, knowledge, time, power and health.

It defines gender equality as “equal rights, responsibilities and opportunities of women and men” and scores individual member states along with the bloc as a whole.

If a score of one point signals inequality and 100 spells parity, the EU as a whole recorded 67.9 out of 100, showing an average improvement of half a point each year.

At that rate, it will take more than 60 years for the EU to achieve gender equality, the report concluded.

The gains of the past year were mostly scored in the sphere of paid work, the promotion of women to company boards and greater female representation in politics.

Gender segregation in education and the labour market remained problematic, with more women employed in health and social work than men.

Women also do most of the unpaid care work, it said, be it looking after ageing relatives or children – or both.

“More women take care of children, grandchildren, older people and/or people with disabilities every day for 1 hour or more compared to men,” the report said.

Among the 28 member states, Sweden, Denmark and France kept their top spots, while Italy, Luxembourg and Malta improved the most, each gaining about 10 points since 2010.

Greece, Hungary and Romania are the laggards, it said.

The private sector has been a key driver of progress, in large part due to a better gender balance on company boards.

But COVID-19 and its fallout on women’s progress at work is a new risk that could further delay the 60-year wait for parity.

Physical distancing rules aimed at slowing the spread of the virus have had hit predominantly female workplaces, such as care, hospitality and education, with women’s employment falling more sharply than it did in the 2008 recession, the report said.

The closure of schools and care services has also had a likely disproportionate impact on working mothers, it said.

And the battle of the sexes that has long played out in physical workplaces is now being replicated in the virtual world, it said, with women who work online suffering worse pay and fewer options than their male counterparts.

“As our present and future are increasingly digital, we need to ensure that women and girls occupy their fair share of this sector and are encouraged to contribute towards its growth,” said Helena Dalli, European Commissioner for Equality.