Another 40 Cypriot fire fighters on standby to help Greece effort 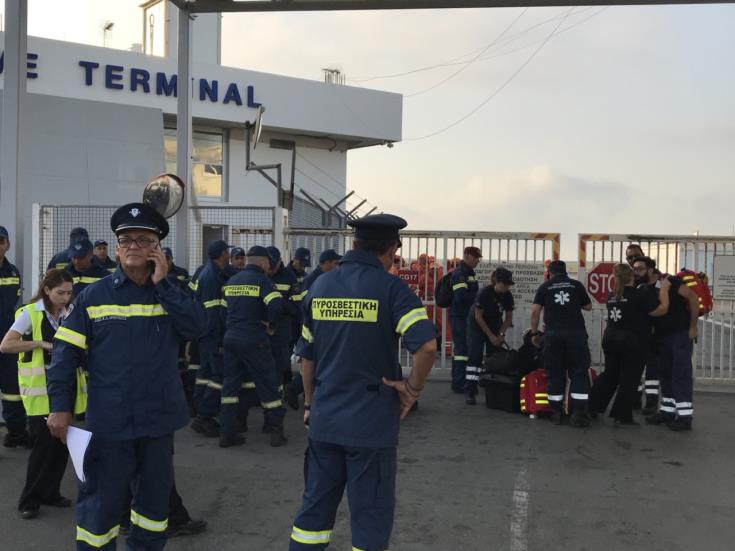 A team of 40 Cypriot fire fighters are standing by to be sent to Greece to help tackle fire fighting efforts there should the need arise,   fire  department spokesman Andreas Kettis said on Tuesday.

He said 45 fire fighters and two fire trucks flew to Greece on Tuesday morning on a Greek military airplane. Another nine have travelled to Greece on a private airline and nine will be leaving in the afternoon.

Kettis said that the 64 member team of 60 fire fighters and four first responders from the ambulance service had been split up in order to allow the transport of the two fire trucks on the Greek military plane. The fire service and civil defence personnel will be sent to Mati, and those from the Forestry Department to Kineta.

He said a second team of 40 — 10 from the fire service, 10 from the forestry department, 10 from  civil defence and 10 from a volunteer group was being readied and would be standing by should they be needed in Greece.

Earlier on Tuesday, fire chief Markos Trangolas said that the Greek C 130 had departed around 10 am with 45 personnel and two fire trucks. Ten civil defence personnel flew on Aegean at 10.30 am and another nine fire fighters will travel on Cobalt at 16.30 this afternoon. They will join up with the rest of the team on arrival.

Kettis told the Cyprus News Agency that the two airlines had offered the tickets to the Cypriot fire fighters.