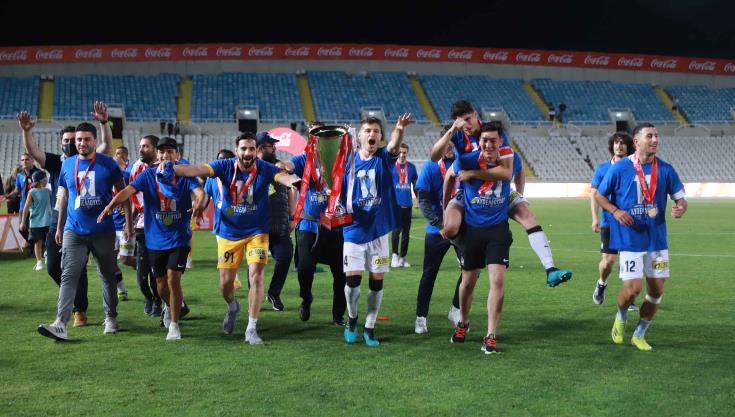 The victory was Anorthosis’ 11th in its long history.

The match was attended by only a limited number of fans due to restrictions in place.

The decisive goal was scored by Charles Eloundou at 110’.
Kostakis Artymatas scored the first goal at 59’ and Olympiacos’ only goal came from Kingsley Sarfo at 61’.

Coach Temur Ketsbaia’s team took the Cup after a 13-year drought.  Its attention will now turn to the Second qualifying round of the Europa Conference League.