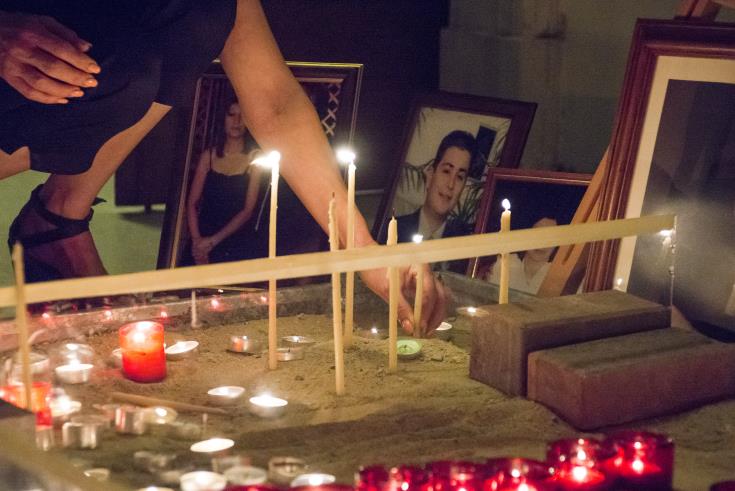 Relatives of the Helios air crash victims held on Tuesday the annual memorial service of their loved ones, 13 years after the plane plunged into a Greek mountain, killing all 121 people aboard.

The memorial service took place at the mountain of Grammatikos, north of Athens, where the airplane crashed and a church was built in honour of the victims.

Around 60 Greek Cypriot relatives went to Grammatikos for the memorial service. The government of Cyprus was represented by the Ambassador of the Republic of Cyprus in Athens, Kyriakos Kenevezos. The memorial was also attended by Greek relatives of victims as well as by residents of the area.

“Thirteen years today after the tragedy in Grammtikos which shocked Cyprus,” Syllouris wrote on Twitter. Our thoughts, he added, “remain with the families of the 121 victims of the airplane crash of ‘Helios’ and of our duty as a state towards them. We shall not forget,” he added.

The Boeing took off from Larnaca International Airport, on August 14 2005 on its way to Prague via Athens. Three hours later it crashed on the mountain of Grammatikos, north of Athens, killing all 121 passengers and crew. Most victims were Greek Cypriots who were travelling for holidays.

By In Cyprus
Previous articleBraseiro Rodizio Steakhouse
Next articleSalty Fig