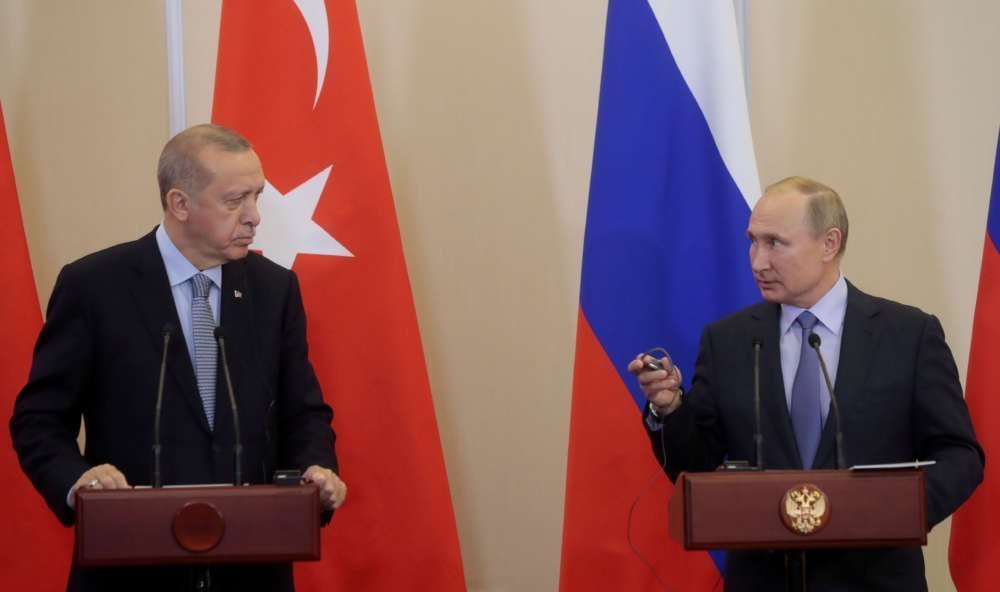 A Turkish delegation will travel to Moscow on Monday to discuss Syria and Libya, areas where the nations have some opposing views, for talks that President Tayyip Erdogan said would determine Turkey’s course of action in the region.

Erdogan said on Sunday more than 80,000 civilians were migrating from the northwestern Syrian region of Idlib to Turkey, after Russian and Syrian forces intensified their air strikes in the area. Syrian President Bashar al-Assad has vowed to recapture Idlib.

Turkey currently hosts some 3.7 million Syrian refugees, the largest refugee population in the world, and fears another wave from the Idlib region https://tmsnrt.rs/2ECiEsx where up to 3 million Syrians live in the last significant rebel-held swathe of territory. Erdogan said on Sunday that Turkey could not handle a fresh wave of migrants.

“We are putting up every effort with Russia for the attacks to stop, and we will continue to do so. In fact, we are sending a delegation to Moscow,” Erdogan said. “They will hold meetings, and we will determine the steps we will take depending on the results,” he added.

Turkey has backed Syrian rebels fighting to oust Assad in the country’s 8-1/2 civil war, while Russian and Iran support Assad’s forces. Ankara, Moscow and Tehran have been working to find a political solution to the Syrian conflict.

The delegation will also discuss Turkey’s potential troop deployment and military support to Libya, after Ankara and Tripoli signed a military cooperation accord last month. Russia has said it was very concerned over the potential deployment.

On Sunday, Erdogan said Turkey may increase military support to Fayez al-Serraj’s Government of National Accord (GNA), which has been fighting off a months-long offensive by the forces of Khalifa Haftar in the east of Libya.

Turkey has already been providing military supplies to Libya in violation of a United Nations arms embargo, according to a report by U.N. experts seen by Reuters last month. Russia, Egypt and the United Arab Emirates have backed Haftar‘s forces.

By In Cyprus
Previous articleNicosia: 13 irregular immigrants found in Peristerona
Next articleAustralia ecstasy bust: 57 year-old under questioning in Limassol