Angry with Trump, most New Hampshire Democratic primary voters will back party’s nominee ‘regardless’ –Edison Research 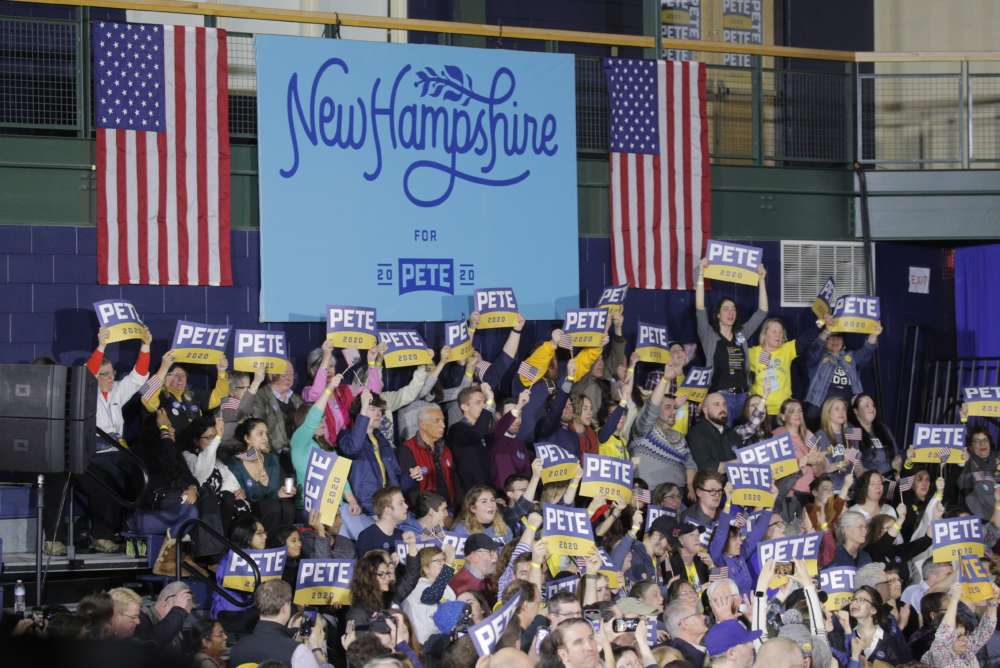 Most voters taking part in New Hampshire’s Democratic primary on Tuesday expressed deep dissatisfaction with President Donald Trump and said they would vote for the party’s nominee “regardless of who it is,” according to an Edison Research exit poll.

Edison, which compiles exit polls and live election results for media organizations including ABC News, CBS News, CNN, NBC News and Reuters, found that 79% of those who voted in the primary were “angry” with the Trump administration and 81% would ultimately support any of the Democrats running for the chance to deny the Republican president a second term in the Nov. 3 election.

Here are some highlights from the exit poll based on interviews with 2,935 New Hampshire primary voters at 45 polling locations throughout the state.

— 30% of people who either belong to a union or have family members who do voted for Senator Bernie Sanders, while 17% voted for former Vice President Joe Biden. Many of New Hampshire’s rank-and-file union members have been credited with helping Sanders’ campaigns in the state both in 2016 and 2020.

— 32% of minority voters backed Sanders, while 16% supported Biden. Hispanics and African Americans will make up large portions of the electorate in the next Democratic nominating contests in Nevada and South Carolina.

— Buttigieg and Klobuchar received the most support from moderates at 28% and 26%, respectively.

— 50% of the state’s Democratic primary voters said they decided which candidate to pick just within the last few days. That is about twice as many as in 2016, when they were choosing between Sanders, who won the primary four years ago, and the eventual nominee, Hillary Clinton.

— 33% said a female nominee would have a tougher time beating Trump, while 8% said it would be easier for a woman to win. Fifty-six percent said the candidate’s gender made no difference.

— 78% said that age was not an important factor for them when deciding which candidate to support. The Democratic field includes four candidates who are in their 70s: Biden, Sanders, Senator Elizabeth Warren and Bloomberg News founder and former New York Mayor Michael Bloomberg. Buttigieg is 38, just three years over the required minimum age to run for U.S. president.

Edison, a Somerville, New Jersey-based exit polling firm, has been providing election-day poll data to a consortium of news organizations through the National Election Pool since 2004.