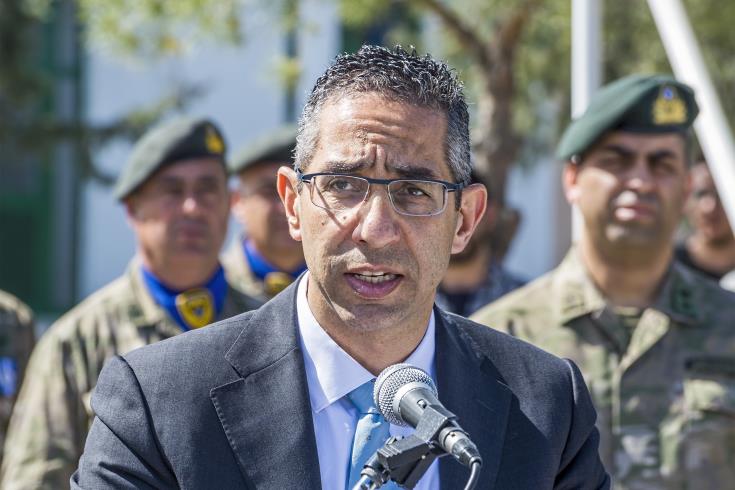 Defence Minister of Cyprus Savvas Angelides stated that the EU partners expressed solidarity regarding the safeguarding of the national interests of the Republic during the EU debate on the participation of third countries and third entities in PESCO programmes.

In Brussels for the Summit of his peers, the Minister stressed that “Europe`s defence ministers have had the opportunity and are discussing issues related to European programmes through PESCO”.

As he said, “the great progress made in programmes that have actually appeared to meet the EU`s global strategy and level of ambition has been jointly noted.”

“I believe that the continuation of the debate will focus essentially on the new round of programmes but also on the ultimate goal that all of these initiatives taken by both PESCO, programme evaluation and the European Defence Fund will have coordination and cohesion,” he said.

“The result of this cohesion will be in essence to achieve the goal of promoting security for Europe`s citizens,” the Minister noted.

The Minister concluded by saying that it was decided to continue the discussion on the participation of third countries and especially third entities in these European programs.

“The position of the Republic of Cyprus is clear: in this context we must safeguard the national interests of Cyprus and there is solidarity in this matter – and on the other hand this issue should be decided as soon as possible,” he said.