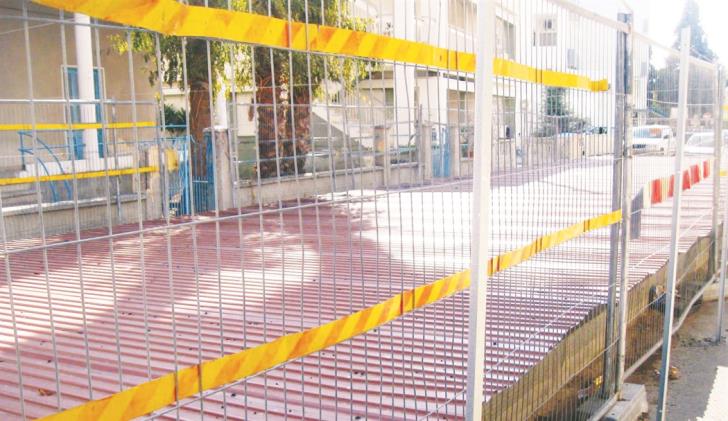 Ayios Neophytos street in Chrysopolitissa, Larnaca has been closed for maintenance work since 2013, residents complain.

They say that this creates a traffic problem in the area and makes it difficult to access their homes.

Sewerage maintenance work first started in September 2013, however the work was interrupted in July 2013, as Larnaca Sewerage Board staff found an ancient mosaic while they were digging.

The Archaeology Department, along with archaeologists from France, Israel and Greece took over the site to investigate the Roman mosaic that depicts the Twelve Labours of Hercules.

Part of the mosaic is located under an abandoned building which had to be demolished in order to uncover it.

Three years later, in July 2016, then Transport Minister, Marios Demetriades announced that the state would expropriate the building, for the excavation to continue.

According to Larnaca Mayor Andreas Vyras the expropriation process has still to be completed.

Vyras and the Larnaca Tourism Board have sent letters to responsible authorities, asking to be briefed on the progress of the works, however they have yet to receive an answer, Phileleftheros reports.

Meanwhile, archaeological excavations seem to have stalled, as the Antiquities Department has sealed the area and is withdrawing its staff.