Anastasiades: We cannot become the puppet of a third country 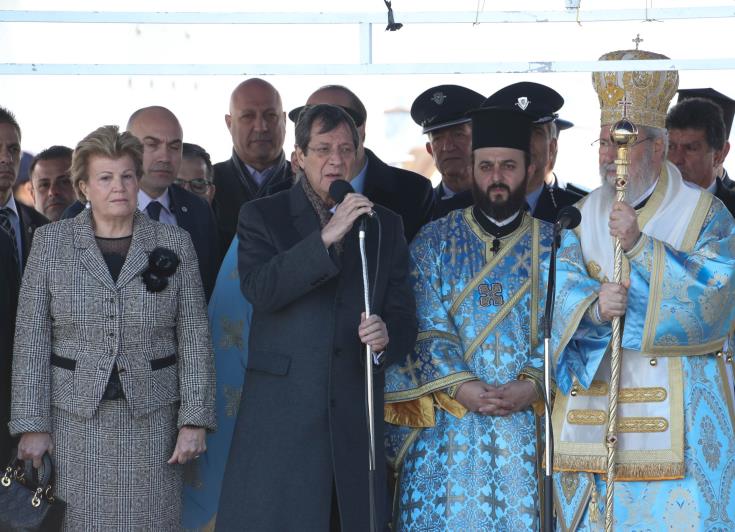 Nicos Anastasiades said on Sunday that any settlement would turn Cyprus  into the puppet of a third country was unacceptable. Nor could a solution provide for guarantees and the presence of troops, as these violate every democratic principle.

Speaking after a ceremony in Paphos, in the framework of the Epiphany celebrations, Anastasiades assured that he will continue efforts, through peaceful procedures and dialogue, with a view to achieve a settlement that will bring peace to Cyprus.

A settlement, he added, “that will bring stability and will safeguard the basic European principles and the international law.”

He also said that the aim is to have a functional state which will be sovereign and independent, expressing hope that Turkey will act in a positive way towards this direction.

Anastasiades said that the state must belong to all its legal inhabitants and that prospects need to be created for a really promising future.

Cyprus has been divided since 1974, when Turkish troops invaded and occupied 37% of its territory. The latest round of peace talks took place in summer 2017, under the UN auspices, at the Swiss resort of Crans-Montana, but ended inconclusively.

By In Cyprus
Previous articleBritons would now vote to stay in EU, want second referendum – poll
Next articleGovernment expects UNFICYP mandate to be renewed, Spokesman says