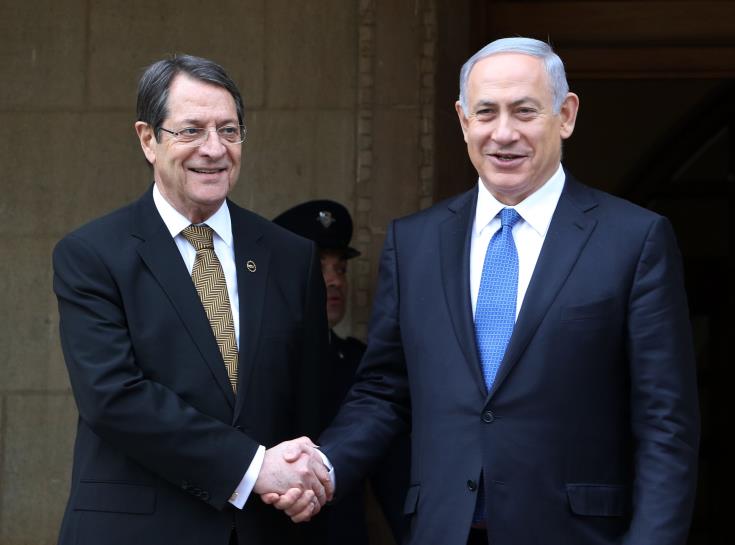 President Nicos Anastasiades’ forthcoming visit to Israel,  with the participation of members of his Cabinet, aims at further upgrading the already excellent relations of Cyprus with this friendly neighbouring country, Government Spokesman, Kyriacos Koushos has told the Cyprus News Agency (CNA) noting that Turkey’s destabilizing activities in the region will be discussed during  the visit.

He noted that the delegations of the two countries’ governments will also discuss foreign policy issues as well as defence policy issues, energy issues and matters related to tourism. Anastasiades’ visit to Israel is scheduled to take place on June 23.

Koushos noted that President Anastasiades will have the opportunity to have his first contact with the new government of Israel which assumed its duties recently. “Our excellent relations with Israel at all levels are well known. Therefore, it was decided for the President to visit Israel, accompanied by the Foreign Minister, the Minister of Defence, the Energy Minister and the Deputy Minister for Tourism to discuss issues related to each Ministry,” he added.

Moreover, Koushos said that “we want to reaffirm our excellent relations and our cooperation with the neighbouring country, which has been expressing its support to issues that concern the Republic of Cyprus. At  the same time the two sides will discuss issues related to the Eastern Mediterranean, focusing on the destabilizing activities of Turkey in the region, which include the questioning of the Republic of Cyprus and Greece’s sovereign rights, Turkey’s intervention in Syria and its involvement in Libya and more generally the policy which Turkey follows in the Eastern Mediterranean,” he added.

Asked if a tripartite summit among Cyprus, Greece and Israel will take place, Koushos said that such a meeting will take place later on. He noted that it will be arranged after the visits which Anastasiades and the Prime Minister of Greece, Kyriakos Mitsotakis, will pay to Israel this month.