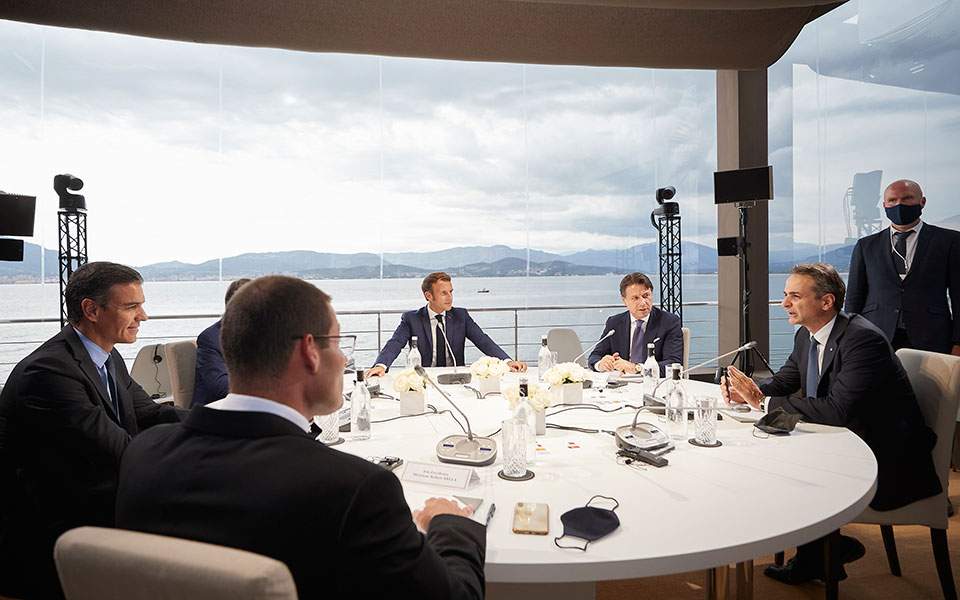 Cyprus’ President Nikos Anastasiades will inform the leaders of the other six countries which participate in the group of the seven Mediterranean EU countries (MED7) about the ongoing Turkish activities in the maritime zones of the Republic of Cyprus, the Turkish threats to settle the fenced-off city of Varosha and the latest developments in the Cyprus problem as well as his initiatives for the resumption of negotiations for a Cyprus settlement on Thursday, Deputy Government Spokesman Panayiotis Sentonas has said.

Following a Council of Ministers meeting on Wednesday, Sentonas noted that the President will be leaving on Thursday for Corsica, France, to attend the 7th MED7 Summit at the invitation of French President Emmanuel Macron, which will also be attended by the leaders of France, Italy, Spain, Portugal, Greece and Malta.

He noted that the aim of the Summit is to coordinate, seek convergences and determine common positions of the seven countries on issues related to the EU’s course, the future of Europe and the current challenges the EU faces.

Moreover, according to Sentonas issues related to regional developments, such as Libya, Lebanon, Syria and the Middle East peace process will also be discussed.

The leaders of the seven countries will also exchange views on current European agenda issues, which constitute the main challenges for the seven Mediterranean states. For example Migration, the situation as regards the management of the economy due to the impacts of the Covid-19 pandemic, as well as climate change and Brexit.

Sentonas noted that the summit is expected to issue a Joint Declaration of the seven Mediterranean states.

Meanwhile, Sentonas said that Turkish provocations in the Eastern Mediterranean region are among the issues to be discussed during a teleconference to be held tonight with the participation of European Council President Charles Michel and German Chancellor Angela Merkel with the leaders of EU member states including President Anastasiades.

He noted that the teleconference will also be attended by the leaders of Estonia, Hungary, Italy, Poland and Slovenia, adding that this is an initiative taken by Michel with a view to hold teleconferences of groups of member states at European Council level in order to prepare for the forthcoming special European Council meeting that will take place on September 24.

He concluded that the issue of Turkey and the escalating tension it causes in the region of the Eastern Mediterranean will be discussed, as well as EU-China relations, in view of the forthcoming EU-China Summit that will take place also via teleconference.