Anastasiades to hold a meeting with Putin in China 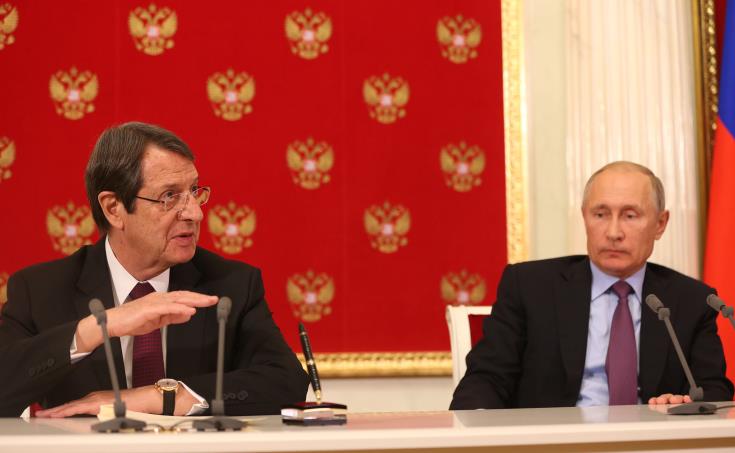 President Nicos Anastasiades will hold a meeting in China next week with Russian President Vladimir Putin.

Replying to CNA questions, Government Spokesman Prodromos Prodromou said that President Anastasiades departs on Monday to China, upon the invitation of the President of China where he will participate in the Belt and Road Forum. The Cypriot President will hold a meeting with his Chinese counterpart, while he will also meet with the Russian President.

Asked what he will discuss with the Russian President, Prodromou said that the discussion between Anastasiades – Putin, will include the Cyprus issue, bilateral relations and international issues and said that the meeting falls within the contacts of the Cypriot President with all UNSC member states, in the framework of the efforts for the resumption of the Cyprus talks and the role that the Greek Cypriot side seeks for the UNSC to play for a possible Cyprus solution.

The President is expected to return to Cyprus on Sunday.