Anastasiades: The status quo is not, under any circumstances, the solution in Cyprus 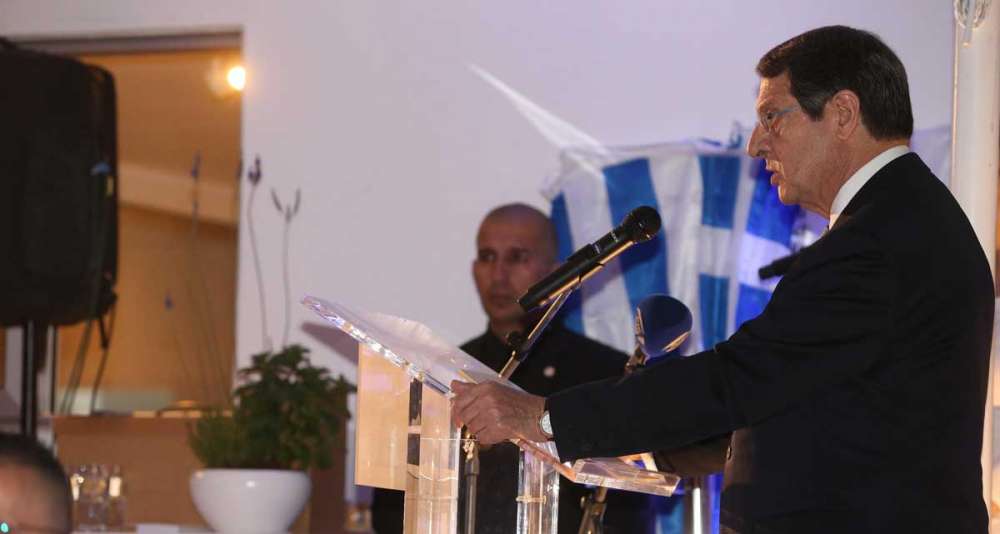 The status quo can under no circumstance constitute a solution for either of the island’s two communities, Cyprus President Nicos Anastasiades said on Thursday evening, in his address at the opening of a museum, in Agia Napa, dedicated to the EOKA liberation struggle of 1955-59 against British colonial rule. “There is no doubt that the current state of affairs can, under no circumstances, constitute a solution for either the Greek Cypriot or the Turkish Cypriot community,” the President stressed.

Referring to a UN-hosted dinner earlier this month with Turkish Cypriot leader Mustafa Akinci, to the recent EU Summit and the Commonwealth summit, he said he made it clear that “our side is ready for the resumption of negotiations at the point they were when they stopped last July in Crans – Montana.”

Cyprus has been divided since 1974 when Turkey invaded and occupied its northern third. A Conference on Cyprus last July in the Swiss resort of Crans – Montana ended inconclusively. UN backed talks aim to to reunify the island under a federal roof.

In order to achieve progress, “strong political will needs to be in place, not just on the part of the Greek Cypriot side, whose will for a solution has been there and proven for 45 years now, but also on the part of our compatriots the Turkish Cypriots and Turkey,” he said.

Political will is necessary to accept and respect the parameters put forward by UN Secretary General Antonio Guterres, which include an end to any guarantees and to anachronistic intervention rights and to the presence of the Turkish occupying troops, he continued.

Political will is necessary to recognise that “we can only be a truly independent and sovereign state when Cypriots, and not any other third country, will be able to decide for their own country,” he said.