Anastasiades ready for resumption of talks for Cyprus settlement 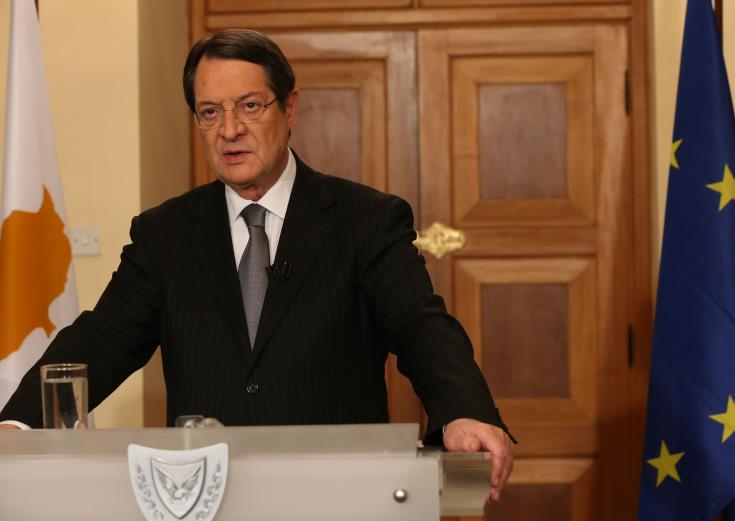 Government spokesman Kyriakos Koushos, said on Monday that “Cyprus’ President Nicos Anastasiades, was and is ready to continue talks for a Cyprus settlement” on receiving a petition by a delegation of the Morphou Municipal Council.

The petition was made on occasion of the 46th anniversary of Morphou`s occupation by Turkish troops in 1974.

Koushos noted that “we are ready to continue negotiations for a Cyprus settlement from where they were left in Crans Montana but unfortunately the Turkish intransigence hinders further progress”.

He further noted that this intransigence has lately evolved into a policy of destabilising the Eastern Mediterranean.

A policy which unfortunately constitutes a second invasion, this time of Cyprus’ EEZ, he concluded.