Anastasiades: EU must not stay on sidelines as regards Turkey’s aggressive stance 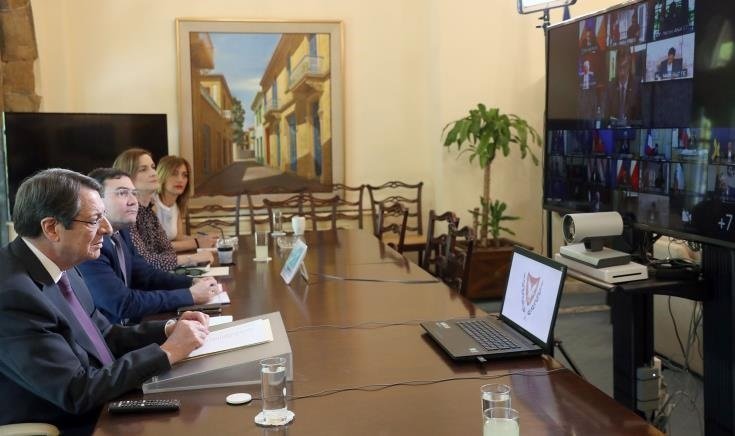 President Nicos Anastasiades has urged the EU to reinforce its actions against Turkey’s aggressive stance in the face of the escalation of tension in the region.

In an interview with the Greek TV channel “Open”, Anastasiades expressed the view that the EU must not stay on the sidelines, simply watching Turkish aggressiveness in the region. As he suggested, by assuming a more active role in this regional problem, the EU could reinforce its credibility on the international stage.

“I said to Mr. Borrell that instead of being subjected to Erdogan’s blackmailing, the EU should react by reinforcing the Greek and Cypriot borders, which are also European ones. That is what we are demanding and I hope that in the next European Council we will have more tangible results”, Anastasiades said.

The President said that French President Emmanuel Macron’s stance towards Turkey creates hope, while criticizing Germany for complicating the establishment of a joint European stance against Turkish provocativeness.

“I am aware that one submarine, plus six more, are being constructed in Turkey with German help. Has ever Germany wondered what it is breeding? Are economic interests enough, in order to overlook the negative consequences against important EU states?”, Anastasiades stressed.

He also underlined that Turkey must realize that it cannot violate international law while stressing that Cyprus has repeatedly called on Turkey to jointly appeal to an International Court for their bilateral differences.

“If they are convinced that they are right, why not recourse to an International Court for implementing the International Law?”, Anastasiades said. He expressed the view that Turkey has gone beyond the acceptable limits as a state that is a candidate for accession to the EU, also suggesting that it is violating the rights of the Turkish-Cypriots.

President of the Republic of Cyprus suggested that the implementation of the International Law and the diplomatic means are far more effective answers to the Turkish provocative stance than the militarization of bilateral differences.

As regards the delimitation of Exclusive Economic Zones between Greece and Cyprus, President Anastasiades stated that the Republic of Cyprus is ready to proceed whenever Greece is ready, but totally understands the fact that this issue is not Athens’ first priority at the time