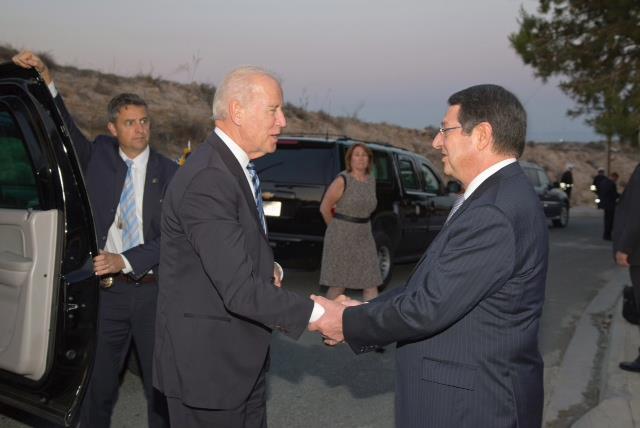 President Nicos Anastasiades has congratulated president-elect of the United States, Joe Biden, for his victory referring to him as his “good friend and friend οf Cyprus.”

Biden visited Cyprus in 2014 as the US Vice-President during the Obama administration and had tried hard – but failed – to broker a deal on the ‘ghost town’ of Varosha. He was confronted with the intransigence of then Turkish Cypriot leader Eroglu, a hardliner, who was also under the strong guidance of Ankara.

Biden has sent a strong essage at the time that the US only recognise and support one government on the island – that is the legitimate Republic of Cyprus divided since a 1974 Turkish invasion.

Philenews reported on Sunday that Biden and Anastasiades have developed good relations since his visit to the island. And that Biden had visited Anastasiades after the latter had open heart surgery in New York in December 2018.

He had also telephoned Anastasiades to congratulate him on his re-election in February 2018.