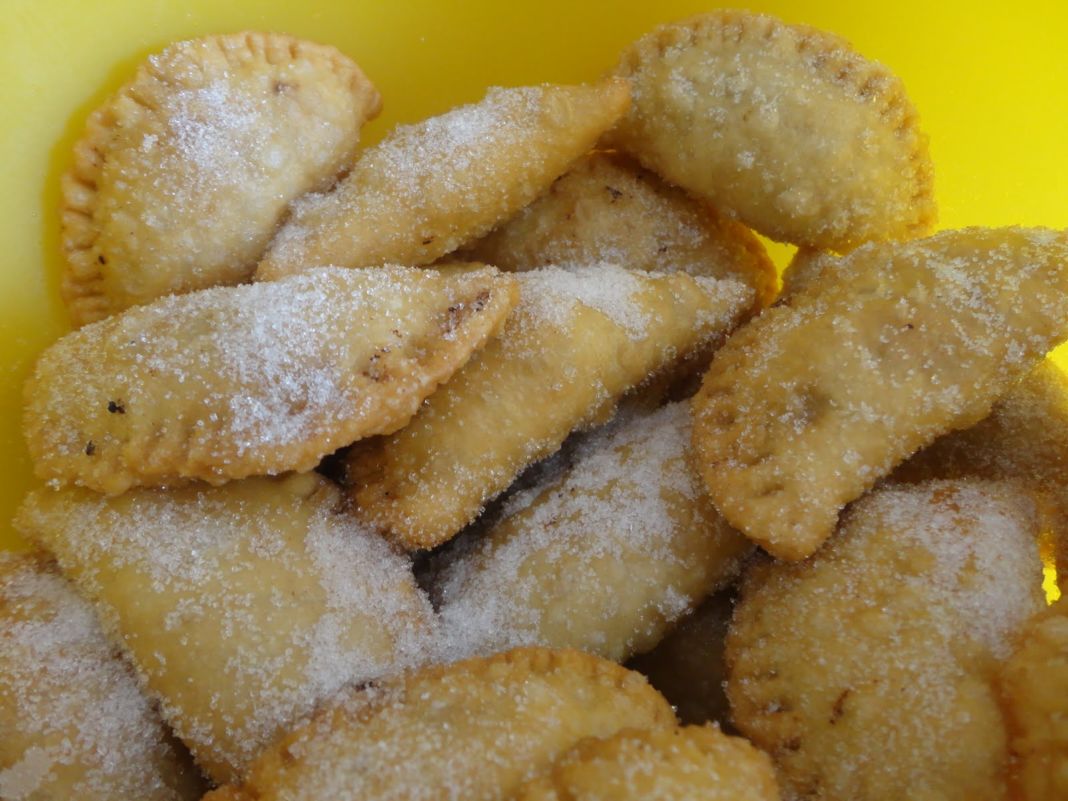 Use your hands to mix the cream of wheat with the oil and olive oil to distribute it evenly. Add the salt and the water and knead the mixture until it becomes smooth.

Put it to one side to sit until the filling has been prepared.

Mash the anari with a fork, add the sugar, cinnamon and mint and mix well.

Roll the pastry into a thin layer. Place half a teaspoon of filling on the edge of the pastry, fold it over and cut off to create a rectangular shape measuring about three by six centimetres. (This size should create about 70 small bourekia).

Fry them piece by piece in plenty of hot oil, placing them on an absorbent surface after removal so that they are strained and then sprinkle them with icing sugar.

For the filling:
500g of fresh, unsalted anari cheese
1/2 a cup of sugar
1 tsp of cinnamon
1 tbsp of finely-chopped fresh mint
Oil for frying
Icing sugar