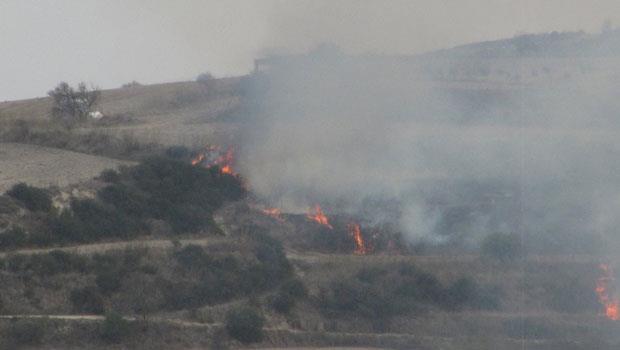 The village of Dora in the Limassol district was evacuated early this morning as a precaution by police and rescue services, as a massive forest blaze in the Paphos district, approached the community. And all indications point to an organised arson plan.

The forestry department confirms that the time the fire broke out, around three in the morning and the number of fronts over a huge area points to a well executed plan by arsonists.

It spite the best efforts of fire fighting forces, the fire had been spreading to the Limassol district and the village of Dora.

Limassol and Paphos fire fighting forces are on scene with over 30 vehicles, stretching over a fire front of around 20 kilometres near the villages of Kouklia, Oreites, Mousere and Dora.

Its burning a forested area, crops and wild low vegetation and it’s becoming difficult to control due to wind direction.

Firefighters have strong air support, with the Icarus Plan set in motion at first light.

Earlier this morning additional fire fighting forces were sent to the area, as the fire continued to burn out of control.

Civil defence crews are in the area, guiding people away from danger.