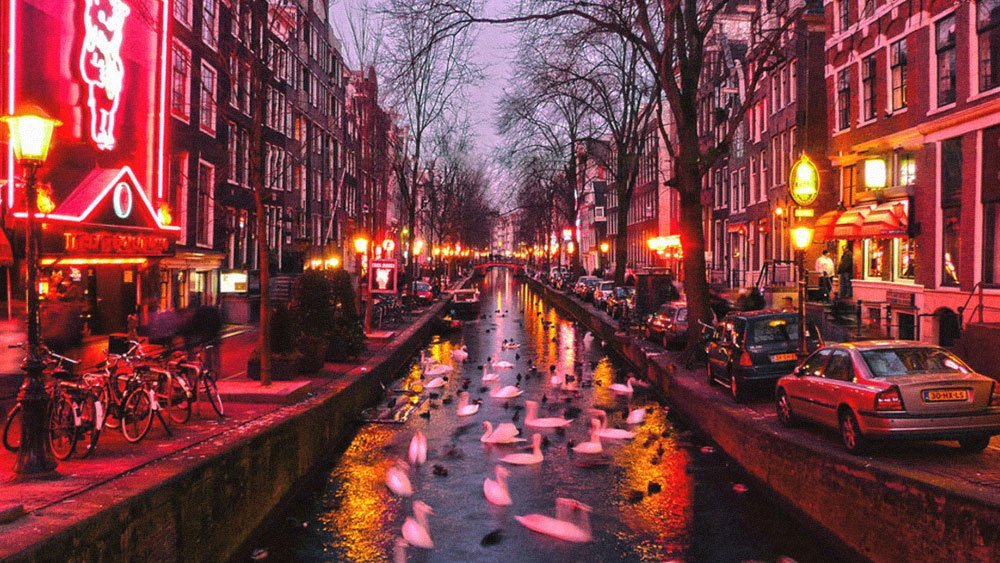 Artist and tour guide Louke Spigt makes ends meet by offering tours to some of the millions of foreign visitors who pour into the Dutch capital Amsterdam each year seeking culture, cannabis and excitement.

But even she has misgivings about their return after the Dutch government started lifting most lockdown restrictions in April, opening the door again to mass tourism in one of the world’s most-visited cities.

“The problems are the uncontrollable groups of drinking Brits, the low-budget tourists who throw all their waste on the streets,” said the blue-haired Spigt, 53. “We want other (kinds of) tourists.”

As Amsterdam emerges from heavy pandemic restrictions, it faces a balancing act – how to revive the tourism trade that underpins nearly a tenth of the city’s economy while making sure it does not dominate at the expense of residents.

To do that, the city is looking to urgently shed its “anything goes” image – based on its tolerance of cannabis and sex work in the famous Red Light District – and focus on bringing in visitors who would rather indulge in its cultural and historical offerings.

“Amsterdam is in a lucky position where it could really use the pandemic to try some new things,” said Ko Koens, professor of new urban tourism at Inholland University of Applied Sciences.

Unlike some other holiday hotspots, the city has a wide range of industries, which means it can afford to curb damaging tourism, he said.

“This is the time to experiment,” Koens added.

Amsterdam’s hotel stays nosedived by 68% amid the global pandemic last year, according to data from the municipality.

Dutch bank ABN Amro expects visitor numbers to remain comparatively low this year, with a loss in revenue of about 8 billion euros ($9.5 billion) to the city and its businesses.

About 11% of Amsterdam’s workforce is employed in the tourism sector, and many are looking forward to being able to return to their jobs after 15 months of repeated lockdowns.

“It feels great. Finally, after a long period I’m back on the water. It’s my passion,” said luxury canal boat skipper Joost Barendsen.

Others living in Amsterdam’s city centre are less happy.

Marlies Weyergang, 61, said she is dreading the return of rowdy tourists to the picturesque central Nieuwmarkt district, home to a growing number of holiday rentals.

“We have seen so many Airbnbs appear in our area. As residents they don’t bring us any benefits,” Weyergang said.

Amsterdam had about 20 million foreign visitors in 2019 and its centre usually hosts five tourists for every permanent resident, according to government statistics.

Residents argue the city is a victim of its own success, with those visitors bringing litter and noise as well as sky-rocketing rents due to the boom in holiday rentals that have priced out many locals.

In June, Amsterdam’s City Hall launched a 100,000 euro publicity campaign focused on food, museums and nature to draw culturally-minded tourists over those coming on drunken stag parties or drug-fuelled adventures.

“We have not been able to steal great ideas from other cities – they are now looking at us on how we are dealing with tourism.”

Even before the pandemic, authorities had been working to tackle anti-social behaviour by visitors and make the city more liveable for permanent residents.

In recent years, the municipality has banned new hotels and souvenir shops, and forbidden holiday rentals in certain areas.

The changes have drawn criticism from some quarters, such as sex workers in the Red Light United union, who have warned the plans will make them “less visible” and therefore more vulnerable to human trafficking.

Some also question whether the efforts to dispel rowdy behaviour are workable.

“The drunk tourists will always be here. They were already here in the 17th century when sailors were getting drunk in the same bars. It’s part of Amsterdam’s society,” said Berber Hidma, a 34-year-old tour guide.

But the plans have been generally welcomed by residents.

“Tourists shouldn’t think that just because you can smoke a joint here you can do whatever you like,” said Willem Bosse, 55, an IT consultant who said his home in central Amsterdam is within two minutes of 10 coffee shops – most of them selling cannabis – but no butcher or bakery.

“As residents, we always have to adapt to accommodate the tourists. There needs to be a better balance,” he said.

For the past two years, walking tour company Tours That Matter has been offering visitors opportunities to explore Amsterdam through themes such as colonisation, gentrification or sustainability.

It also takes tourists to sites outside of the city centre, for example to the Bijlmer area, one of Amsterdam’s poorest and most diverse districts.

“We … focus on positive impact to make sure the locals want to have the tourists,” said co-founder Anouschka Trauschke.

“We train locals, like artists or former homeless people – some of whom don’t have other employment – to become tour guides and to share their stories.”

Zoku, an Amsterdam-based company offering hybrid home, office and hotel accommodation, has designed its rental lofts to allow tourists and residents to mingle in common spaces.

Zoku has expanded into Copenhagen and Vienna, two cities also grappling with the challenge of accommodating tourists without hurting residents.

“If you want people to behave like guests you also need to treat them like guests and not commodities,” said Koens, the tourism professor.

“We should look much more at the societal value tourism can bring than the economic profits – that’s the switch we need to make.”

By Annie Charalambous
Previous articleCovid-19 rapid tests in Cyprus not as accurate as they could be, says specialist
Next articleTown of Lytton destroyed by a wildfire