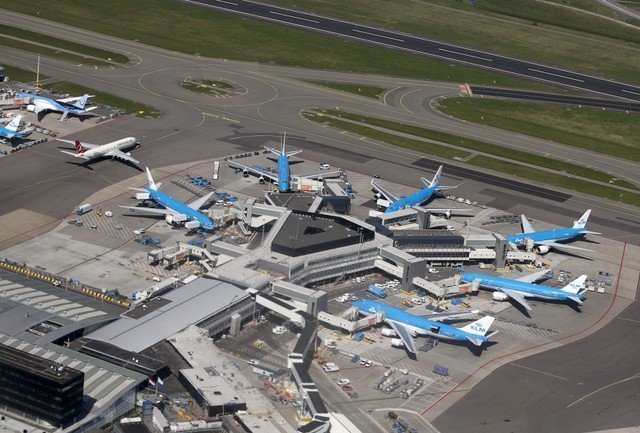 The airport said it was too early to know how it would affect the 200,000 passengers expected to travel through Schiphol that day, but urged the unions and the security companies to solve their dispute.

FNV said it expected a large part of the approximately 4,500 security guards at Schiphol to join the strike.

“Almost all the guards joined in on the shorter work stoppages and there is a great willingness to take actions further,” union spokesman Mohamed Gafki said.

“We have given the airport two weeks notice, so they can make arrangements with airlines and to give the security companies time to come up with a better offer,” he added.

The guards at Schiphol have held several shorter stoppages in recent weeks, causing longer waiting lines for passengers but no disruption to flights.

Early September is a particularly busy time in Europe’s airports as many people return from summer holidays. In Europe, the airport is only surpassed by London Heathrow and Paris Charles de Gaulle in terms of passenger numbers.

The unions said the walkout should affect other, as yet unnamed, locations in the Netherlands. The labour conflict has also led to short work stoppages by guards at hospitals, universities and government buildings.

Unions demand a 3 percent pay rise for security guards, as well as more time off between shifts. Employers have so far only offered a pay rise by 2019, while the unions want better pay to be effective this year.

By In Cyprus
Previous articleTUI denies sexist charge over children’s stickers on Bristol-Paphos flight
Next articleUpdated: Two remanded on suspicion of assaulting man in orchard