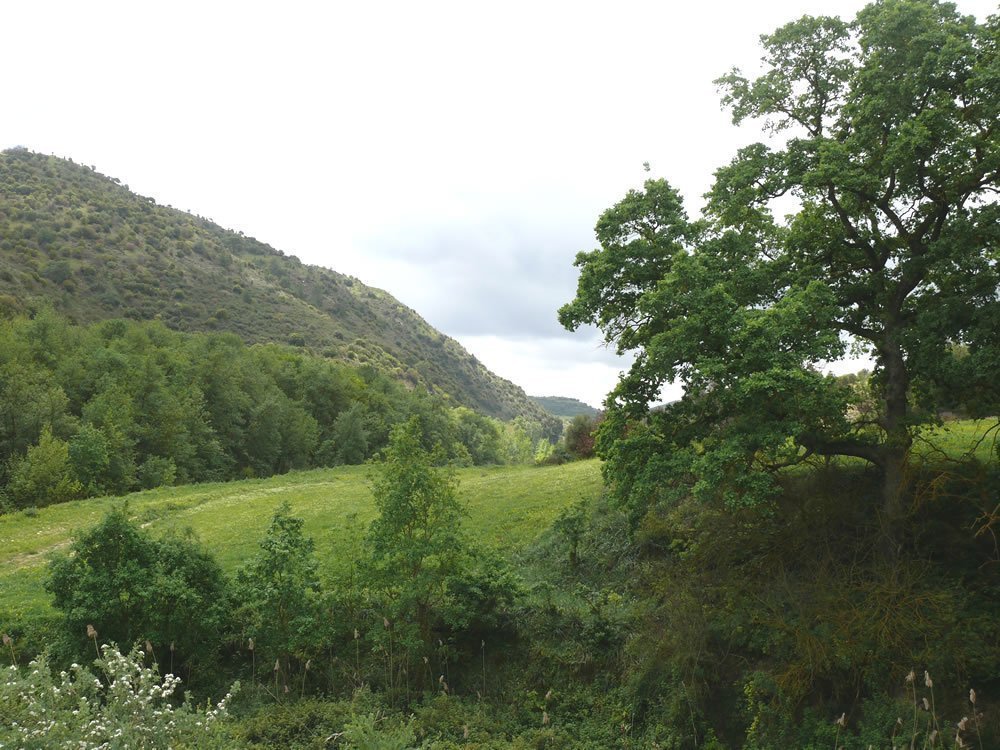 Ezousa valley is found on the south west part of Troodos mountain range and extends for nearly fifty km. It is dotted by a number of picturesque villages and boasts medieval chapels, breathtaking views, local wineries, a high-altitude large manmade lake, rich avian biodiversity, an abandoned village, watermills and more. The walking route starts at the traditional Episkopi village, whose landmark is described as ‘the biggest Μonolith on the island’. There’s also a very good Environmental Information Center in the village as well as ruins of a medieval church (St. Hilarion). The walking route is rather easy as the elevation range is just 200 m. The length of the walk is 12-13 km. The walk is in the open valley and passes (briefly) through the small Ammati alder forest. Walkers may cross the Ezousa river a couple of times and get a bit wet/muddy. The route passes by three watermills in the valley and relatively near the abandoned Moronero Turkish Cypriot village (walkers may spot the partly restored Agios Gennadios chapel on the way). Near Choulou walkers pass by the medieval Agios Georgios chapel (it still has some frescoes). Choulou was a feudal estate during Frankish rule and home to Arodafnousa, a medieval beauty in a love/hate drama of the time. The cultural heritage of the village besides Byzantine also includes Latin as well as muslim elements (there was a Turkish Cypriot minority living hear until 1963).

Courtesy of the Community Council of CTO

Violent reactions continued over the lyrics of the song 'El Diablo' that will represent Cyprus in this years' Eurovision song contest. A man shouting 'Non...
Read more
World

An 8 year old boy was rescued in the Zakaki area of Limassol, after falling into a five meter pit this morning. According to the...
Read more